Pascal Siakam turns 25 on Tuesday, which means it's time to wish Happy Birthday to the NBA's biggest breakout star of 2019!

There's no question that Siakam has emerged as far more than merely a role player. Though he did not make the All-Star team, Siakam's name hovered around the conversation especially as Toronto's actual All-Stars Kawhi Leonard and Kyle Lowry cycled in and out of the lineup.

Given the musical chairs in Toronto, Siakam has spent a considerable portion of the season as the Raptors' second or even first option. But while it's not a stretch to imagine Siakam receiving the nod to appear alongside the sport's biggest names at next year's All-Star Game in Chicago, questions do loom about just how high Siakam's ceiling extends.

Age is far more than a number 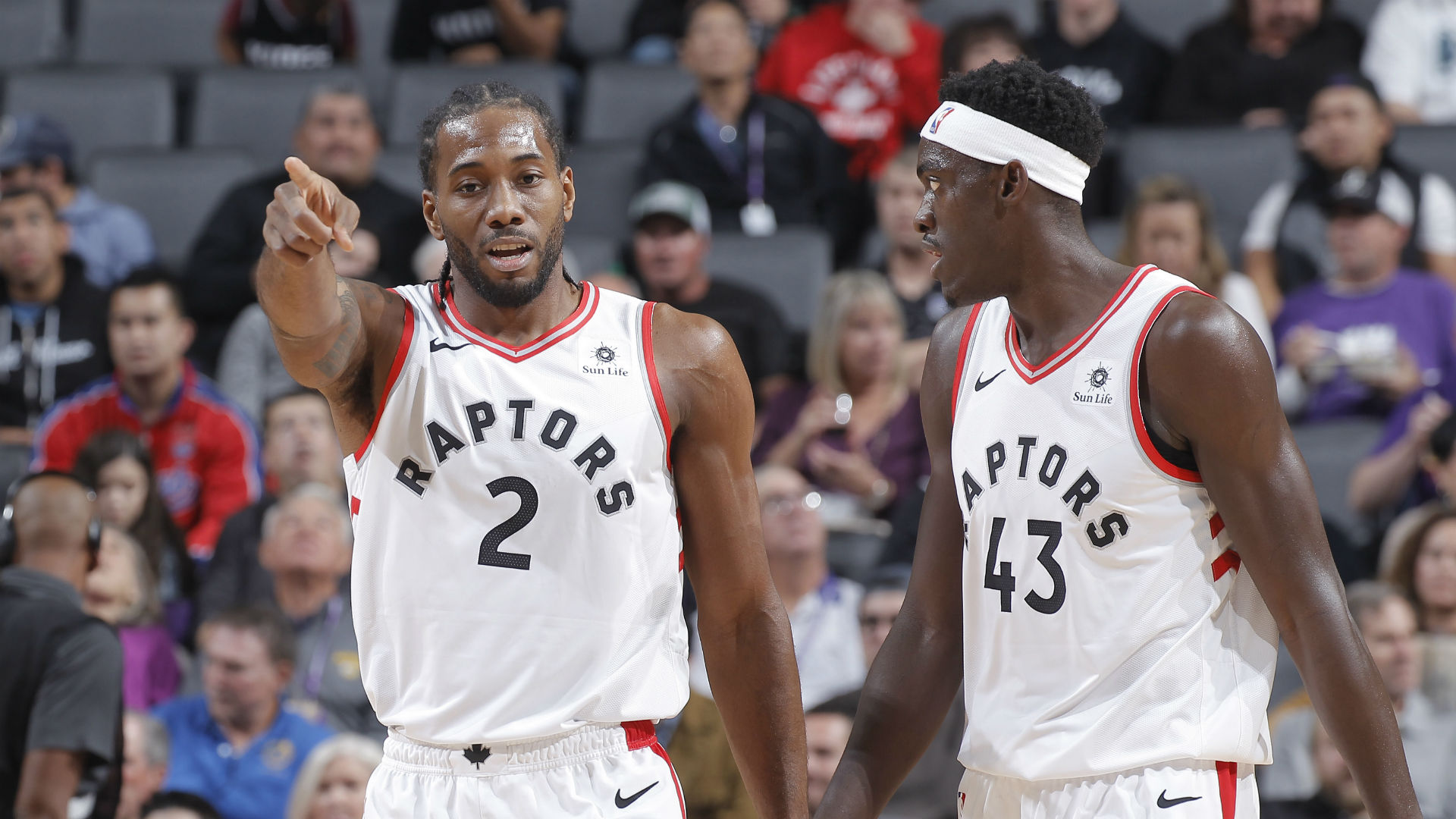 When it comes to projecting star talent in the NBA, the obsession with age is fascinating.

If you're 21 coming out of college, you're already eligible for senior discounts. If you're 25 and in your third year in the NBA, you might as well be a dinosaur.

Such is the world that NBA talent evaluators live in, where age is far more than a number and unmolded clay often holds more value than any semi-known quantity.

For someone like Siakam, age enters the equation not when doubting current ability, but when trying to figure out just how good he might ultimately become. Is he still on the front end of developing into a legitimate All-Star that can function as a team's best player? Or is this close to as good as it gets, a nice player that can do a little bit of everything, but perhaps without much further room for growth?

Lots of ink has been spilled on Siakam's unusual path to the NBA. Without rehashing all of it, let's zero in on the fact that he began playing basketball as a 16-year-old. At an age when the vast majority of future NBA players are starring in high-profile youth tournaments, being recruited by major college programs or even playing professionally in Europe, Siakam was quite literally picking up a basketball for the first time.

When you're spotting the field a decade-plus of experience, instincts and muscle memory, there's quite a bit of catching up to do.

It's also why comparing Siakam's potential growth as a player to the vast majority of other 25-year-olds isn't entirely fair. He's far less of a known quantity at this same stage than your typical NBA player.

Most of the time, it's evident from the outset that a player either will or won't break through as a star. By that second or third year, the writing is on the wall.

Every so often, it simply takes longer for the flowers to reach full bloom. Not every player destined for greatness comes out of the gates hot. Even if someone looks the part early, it can still take time.

Steve Nash didn't start until his third season, average double figures until his fifth season and make an All-Star team until his sixth season at the age of 27.

Pau Gasol averaged 17.6 points and 8.9 rebounds per game en route to winning Rookie of the Year in 2001-02. And yet by his fourth season, Gasol was still hovering around 18-7 and had yet to make an All-Star team. As a 25-year-old in his fifth season, he finally got the nod.

LaMarcus Aldridge was the second pick in the 2006 draft and yet five seasons into his career had yet to make an All-Star team. When he finally made it as a 26-year-old in 2012, it proved to be merely the start of an extended peak as he's now a seven-time All-Star and the best player on yet another playoff-bound squad.

Luol Deng entered the league as a lottery pick and played major minutes from Day 1. He made his mark as a versatile two-way player who outworked everyone and did a little bit of everything on a team starring an MVP-caliber player. In his eighth season, he made the first of back-to-back All-Star teams.

Kevin McHale, Bernard King, Gary Payton, Alex English… the list of Hall of Fame players that never made an All-Star team prior to turning 25 runs over 40 names deep.

Sure, players hit the league at a younger age now and take on bigger roles much sooner than in previous generations. Context matters and the era in which Siakam plays helps shift how we view the player progression curve. Many of those aforementioned players were well-accomplished players at earlier stages in their development and entered with pedigrees and expectations that far exceed Siakam's.

Of course, this is also where detractors - or simply those who don't share my unbridled optimism - might argue that others independently falling short of an arbitrary accomplishment by an arbitrary age doesn't foreshadow future success.

To which I'd say…

On February 13, the Raptors hosted the Washington Wizards in a game they would play without Kawhi Leonard.

At the end of the first quarter, Siakam had a game-high 11 points as the Raptors led by four. The Wizards punched back in the second quarter, taking a six-point lead into the half.

What happened next is straight out of the playbook of an All-NBA do-everything forward. Siakam exploded for 19 points in the third quarter before pouring in 11 more in the fourth as the Raptors cruised to a nine-point win.

30 points, eight rebounds, three blocks, a couple of 3-balls… all in the second half! For the game, Siakam finished all-around stat-stuffing production matched only by five other players that have a combined 38 All-Star selections. Want a glimpse into the very best version of what Siakam could ultimately grow into? Look no further than that game.

Of course, you might point out the faults of cherry-picking single games and reading too much into such a small, isolated incident. You don't look at Corey Brewer's 50-point game as evidence he'll grow into a scoring champ or Elfrid Payton's triple-double streak as proof that he's the next Russell Westbrook.

That would be crazy.

That Siakam is scoring roughly the same per 100 possessions as a 24-year-old Larry Bird.

That he's rebounding roughly the same per 100 possessions as a 24-year-old Kevin Durant.

That he's dropping more dimes per 100 possessions than a 24-year-old Paul Pierce.

That he's shooting better from 3 than a 24-year-old Chris Mullin.

Looking at a now 25-year old player still barely scratching the surface of his talent and letting your imagination run wild as to just who or what he could be in the not-too-distant future. There's not a player that's improved as much as Siakam this season and yet there's a case to be made that we haven't even seen the biggest leap he'll make as a player.