The Minnesota Timberwolves will take on the Toronto Raptors on Wednesday at 7:30 p.m. Eastern Time on TSN Network.

Canadian Andrew Wiggins will, unfortunately, miss his fifth contest in his native country - missing his chance to pick up his first victory in Toronto.

Through his first four games in Toronto, Wiggins has averaged 20.3 points, 5.0 rebounds and 1.5 assists. The Timberwolves enter this matchup with a 2-2 record in 2018-19, while the Raptors own a perfect 4-0 record.

In each game that Wiggins has played in Toronto, Minnesota has never owned a better record than the Raptors.

Let's revisit each regular season game in which the former No.1 overall pick has played in Canada... 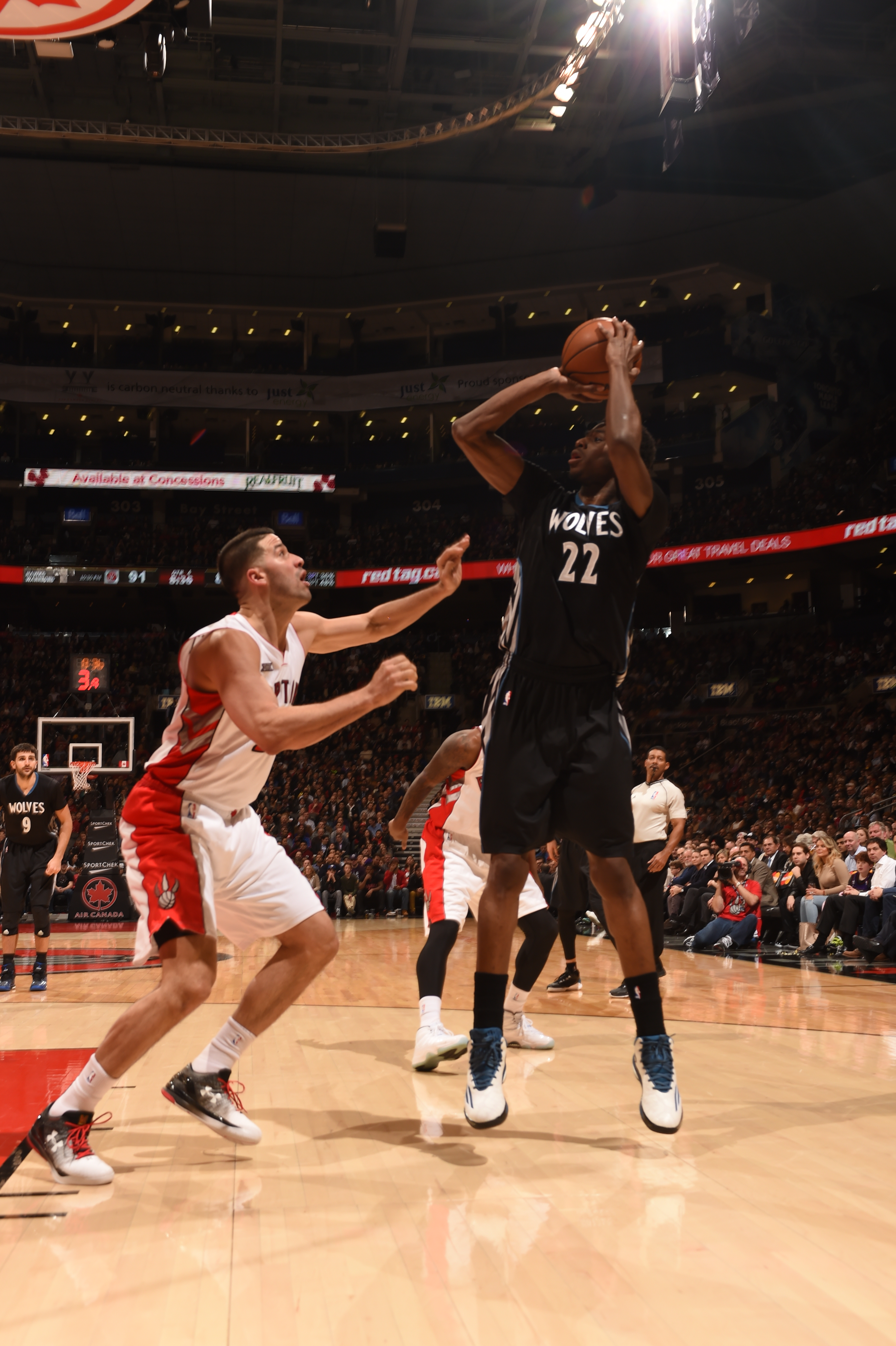 Despite poor efficiency from DeRozan and a quiet night from Kyle Lowry, Wiggins and the Timberwolves failed to pick up a win. A tip-in from Wiggins with three minutes remaining brought the game within four but Minnesota couldn't come up with stops down the stretch.

With one minute remaining and Toronto leading by four, then-Raptors guard Greivis Vasquez buried a dagger three to spoil Wiggins' first game in his home country. 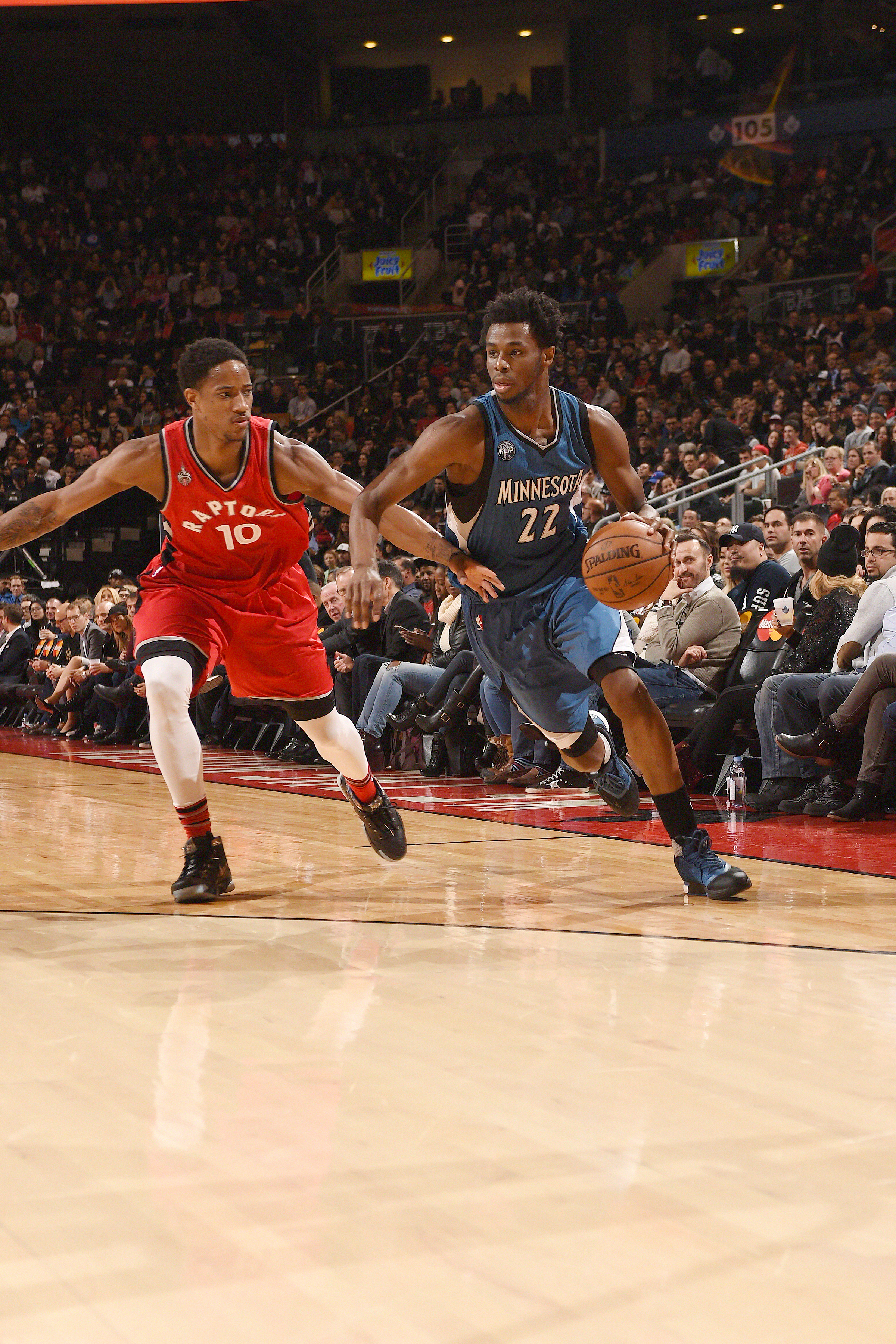 Wiggins' 26 points are the most he's ever scored in Toronto.

The story of this loss comes from the Raptors' reserves outplaying the Wolves'. Each player that checked in off the bench for Toronto finished with a ridiculous plus-minus: Patrick Patterson (plus-23), Bismack Biyombo (plus-23), Cory Joseph (plus-21) and Terrence Ross (plus-17) carried the Raptors to victory, overshadowing Wiggins' big night.

Lowry and DeRozan combined for 52 points and the Raptors defeated Wiggins and the Wolves at home for the second-consecutive season.

Defence was the major issue for Minnesota in this one, as it allowed three Raptors to score over 20 points.

Lowry (25) and DeRozan (27) combined for 52 points (again), proving to be too much for the Wolves. Wiggins' had a great outing as the Timberwolves led by one point heading into the fourth, but the Raptors exploded for 36 points in the fourth quarter to earn another win.

This was the first time in which Wiggins' team had the lead going into the fourth, but they couldn't fend off the Raptors offence to earn a win.

For the second year in a row, Minnesota held the lead going into the fourth quarter on the road in Toronto, but for the fourth time in Wiggins' career, his team could not pull out the win in his home country.

Despite a rough shooting night from beyond the arc, Wiggins buried a huge 3-pointer with one minute remaining to cut the Raptors' lead to two. The Timberwolves failed to come up with a stop as a midrange shot from DeRozan put the Raptors up four with 40 seconds remaining. On the next play, Wiggins missed a 3-pointer that would have kept the Wolves in the game.

In the first four games, the common theme was DeRozan serving as Wiggins' kryptonite in his pursuit of a win in Toronto. While DeRozan is no longer a Raptor, things are no easier with Kawhi Leonard taking his place.

Toronto is playing some of the best basketball in the league right now and if Wiggins is to earn his first win in his home city, he and the Timberwolves will have to work harder than ever.

NBA Foundation grantee spotlight: Hopeworks
NBA.com Staff
12m ago NBA
Fantasy draft: Lakers and Nets stars in their prime
Scott Rafferty and Kyle Irving
35m ago NBA
The Nets are even deeper than before
Gilbert McGregor
1h ago Brooklyn Nets
Our predictions for this season's scoring leader
NBA.com Staff
6h ago NBA
Is health the only thing that can slow Nets down?
Kane Pitman
7h ago 30 Teams in 30 Days
Nets depth chart for 2021-22 season
Kane Pitman
7h ago Brooklyn Nets
More News