Coming into the season I didn't really know what to expect which is probably normal for most rookies.

Going through training camp I was kind of surprised at how good we were right away. Part of that is trying to maintain realistic expectations, but after being around the team in camp for a bit, I quickly saw how skilled we were at multiple positions and just how from top to bottom our vets were really strong - I realized we had a good team.

People always asked me if I've had a rookie moment so far this season, but I can't say there's really one specific moment that stands out. Playing in the Western Conference I'm matched up against a really good point guard pretty much every night. Which I guess means I've had several 'welcome to the NBA' moments. 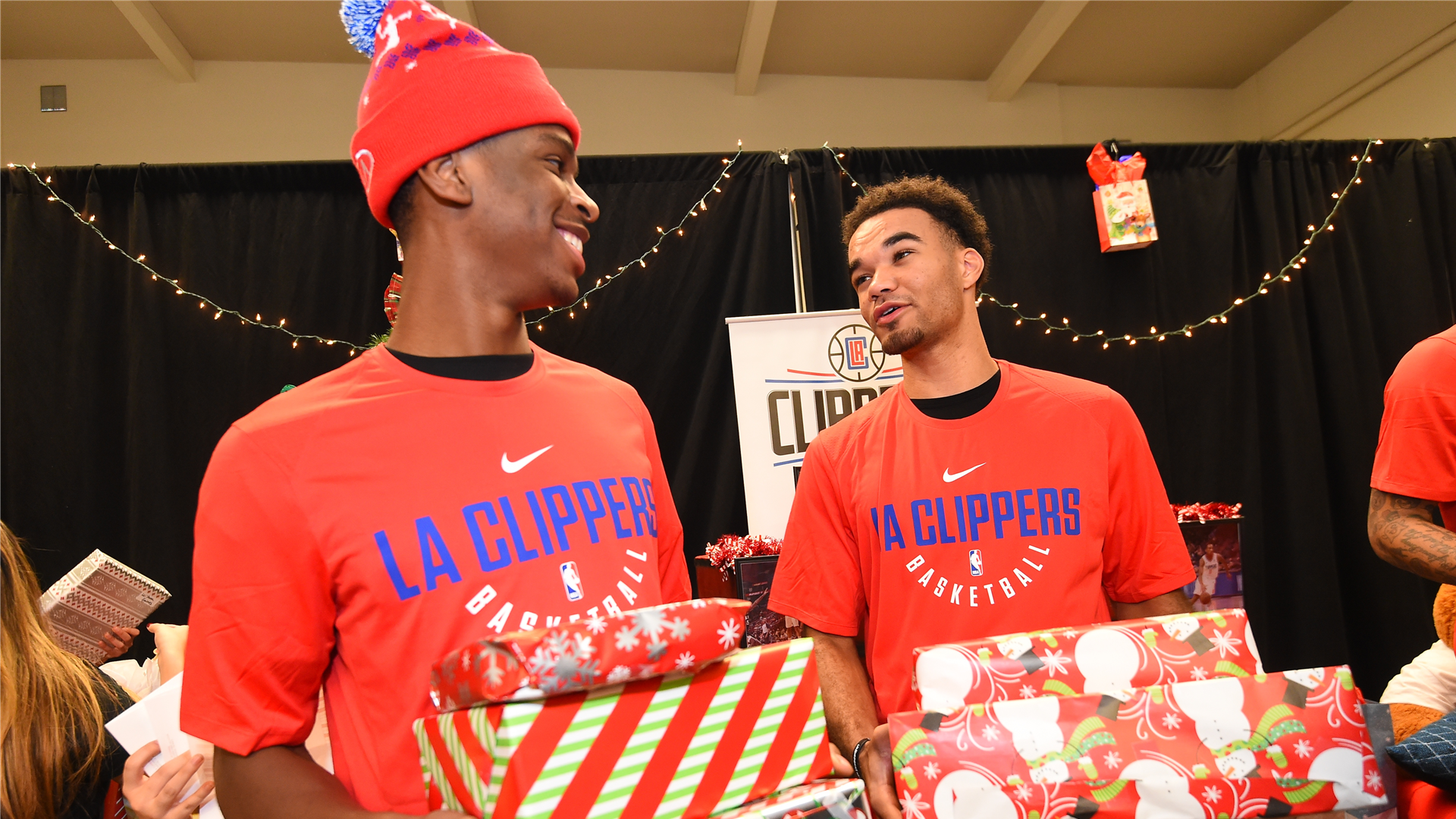 Going through my first season has been great and having a head coach in Doc Rivers and an assistant coach in Sam Cassell, who were both great point guards themselves, has been really helpful for me. They've been teaching me a lot - not only how to play the game but also speaking the game at a high level on the floor with different terms and overall vocabulary. It's been a blessing.

As much as I've learned from them I think my greatest teacher has been my family. All the way through childhood up until now, I've probably learned the most in my basketball career from them. My family is my foundation.

Sometimes I'll catch moments where I'll see something on the floor or on tape that I've learned growing up my whole life, so that's kind of cool. Being able to see what I've learned throughout my life and implement them in real life at this level is really cool.

I still learn from both my parents, but at the end of the day, we always keep our parent/child relationship separate from the basketball stuff. They have always been good at separating the two - basketball and being parents - that's never been an issue for us.

Since I've come into the league more and more people are realizing that I have a passion for fashion - I enjoy dressing up and getting my fits off.

If I had to pick a staple shoe in my wardrobe it would definitely be the Jordan 1s or 4s, colourway I'm not sure it would have to depend on the fit.

If I'm lucky enough to have my own shoe one day it would probably be based off the Jordan 4s, I'm a big fan of low cuts.

Last but not least I have to give a shout out to my teammate Tobias Harris who's been consistent all year long and should be getting some all-star love. He works really hard and he deserves it - he has my vote for sure.

It would be a cool experience to be invited to All-Star weekend in Charlotte this year. If I'm lucky enough to be there I'll look forward to picking people's brains on their whole experience. It's like a little break that I'll enjoy, learn from it and have fun.