Few teams have had an offseason as busy as the Los Angeles Lakers.

After a coaching change, a blockbuster trade and the addition of seven new players, this team will look vastly different than it did on the final day of the 2018-19 regular season.

The goal this offseason was to ensure that Year 2 of LeBron James in LA would go nothing like the first, a season in which the team missed the playoffs after going 37-45 as a result of a myriad of injuries and misfortune.

Going from a lottery team to a title contender is no easy task, but the Lakers have attempted to do just that with an offseason overhaul.

Have they succeeded? Let's take a look back at how their offseason has gone.

After parting ways with Luke Walton at the end of the 2018-19 season, the Los Angeles Lakers announced the hiring of Frank Vogel as the franchise's next head coach on May 13.

While he wasn't who many assumed would get the job, Vogel looks to be a solid hire for the Lakers - in 7.5 seasons as head coach of the Indiana Pacers and Orlando Magic, he compiled a record of 304-291.

Vogel led the Pacers to back-to-back Central Division Championships in 2013 and 2014 as the team boasted the league's top defence in each year. He brings a defensive mindset to the team while assistant coaching hires Jason Kidd, Lionel Hollins and Phil Handy bring years of experience and expertise.

The Lakers finished last season with the league's 12th-ranked defence but with Vogel at the helm, could very well reach into plenty of untapped potential on the defensive end to become a top-five defence, which is essentially a prerequisite of becoming a championship team.

It wouldn't become official for weeks, but the trajectory of the Lakers' future took a shift for the better on June 15, when reports surfaced that the team would acquire six-time All-Star Anthony Davis from the New Orleans Pelicans.

The trade sent Lonzo Ball, Josh Hart, Brandon Ingram along with the No. 4 overall to New Orleans while Moe Wagner, Isaac Bonga and Jemerrio Jones were sent to the Washington Wizards.

It was a steep price that completely gutted the Lakers roster, but when you have a chance to acquire a player of Davis' calibre, you absolutely have to do it.

MORE: How AD fits with LeBron and the Lakers

In addition to bringing Davis in, the agreed-upon trade package ensured that Kyle Kuzma would remain on the Lakers roster, meaning that as they built moving forward, he would be a key member of the team's core alongside James and its newly-acquired superstar.

Now, after failing to acquire a superstar to complement James in the offseason of 2018, they added the 26-year-old Davis, who is coming off of a season in which he averaged 25.9 points, 12.0 rebounds and 3.9 assists over 56 games.

Just like that, the Lakers brought in the most talented player to play alongside LeBron during his 17-year career.

With just James, Kuzma, Davis and second-round pick Talen Horton-Tucker under contract, the Lakers had freed up over $30 million in cap space.

The front office had two options: Fill out the roster with a number of role players based on need or use its max slot to sign a superstar.

LA opted for the latter with superstar Kawhi Leonard in mind; the team aggressively pursued the reigning Finals MVP and on multiple occasions, it appeared he would sign with the storied franchise. While Leonard took his time with his decision, a number of high-quality free agents agreed to deals elsewhere around the league.

As Kawhi would ultimately choose the LA Clippers, the Lakers were forced to quickly pick up the pieces to fill out the roster with the best remaining free agents, and they did so rapidly.

MORE: How the Lakers signings fit with LeBron and AD

First, LA signed reigning NBA champion Danny Green to a two-year, $30 million deal, adding perimeter defence and an elite-level 3-point shooter. In the 2018-19 season, Green narrowly missed earning a selection to an All-Defensive team while shooting a career-high 45.5% from beyond the arc.

Almost immediately after, the Lakers reached agreements to re-sign centre JaVale McGee and guard Kentavious Caldwell-Pope, who both averaged over double figures last season. Later on that day, the team would also reach an agreement to bring back point guard Rajon Rondo, who averaged 9.2 points, 8.0 assists and 5.3 rebounds in the 46 games in which he appeared last season.

Perhaps the biggest splash the team made came at the most cost-effective price, as the Lakers added four-time All-Star DeMarcus Cousins, who has plenty to prove after a postseason injury derailed his re-emergence in his lone season with the Golden State Warriors. In adding the big man, the Lakers reunited the trio of Rondo, Cousins and Davis, who spent a fruitful season as teammates in New Orleans.

The Lakers used the bulk of their remaining cap space to add veteran guard Avery Bradley, who is also looking to prove himself after nagging injuries put a damper on his past two seasons. Bradley is only 28-years-old and in 14 games with the Grizzlies last season posted averages of 16.6 points and 4.0 assists while shooting 38.4% from deep. At his best, he can provide more perimeter defence and shooting.

It happened throughout the free agency period, but the Lakers made a number of solid signings to sure up the depth of their roster and satisfy a number of needs.

First, it was two veterans in Jared Dudley and Troy Daniels.

Dudley, who is entering his 13th season, brings veteran leadership, poise and headiness that was on full display this year as he averaged over 20 minutes in four postseason games with the Brooklyn Nets. The 28-year-old Daniels brings elite perimeter shooting as well - through his first six NBA seasons, he's shooting 40.0% from beyond the arc.

LA rounded out its roster by re-signing third-year guard Alex Caruso and adding Quinn Cook, who is entering his fourth NBA season.

Caruso showed flashes last season, averaging 9.2 points and 3.1 assists in 25 games as he saw an increased role due to the Lakers dealing with an abundance of injuries. While his role will likely be reduced again, he has shown he is more than capable of filling in when needed.

Cook, a career 41.8% 3-point shooter, adds shooting as well as two years of NBA Finals experience. Coming from Golden State, he knows how to fit alongside star calibre talent and produce when needed in a variety of roles. 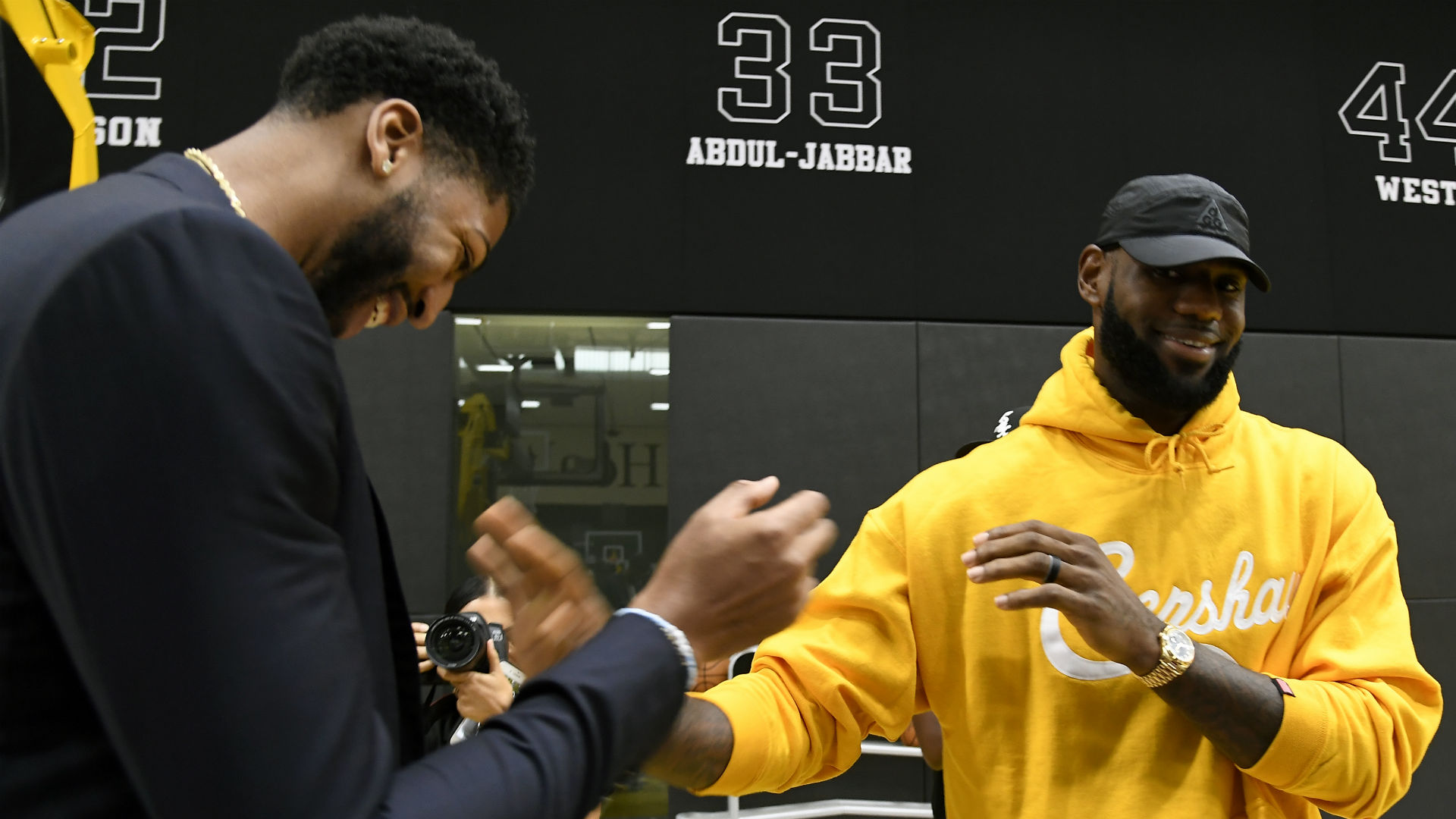 In a now duo-driven NBA, the Lakers have paired two of the league's best players in LeBron and AD.

Missing out on Kawhi didn't end up being as detrimental as it could have been for the Lakers, who were still able to satisfy a number of needs with their available cap space. While waiting on the two-time Finals MVP caused LA to miss the opportunity to sign a number of players, the team was still able to check the boxes of defence, shooting, playmaking and size with the 10 signings it did make.

Whether or not the pieces will mesh well together remains to be seen.

The Lakers have championship DNA present on their roster - of the six members on the team that have played in the NBA Finals, five have won a combined nine NBA titles. With a defensive-minded coach at the helm and two superstars leading the way, LA successfully followed the formula of building a team that can contend for a championship.