Will the Lakers make a move ahead of this year's Feb. 7 trade deadline? Los Angeles could be expected to try and make a move to strengthen its roster for the final stretch of the 2018-19 season.

As a reminder of the franchise's capabilities to make big moves, we revisited five trades that the Lakers have made since 2000.

Feb. 2018: The acquisition of Isaiah Thomas

Thomas was acquired from Cleveland along with Channing Frye and a first-round pick in the 2018 Draft (later used to select Moritz Wagner). In return, the Lakers sent Jordan Clarkson and Larry Nance Jr. to the Cavs.

The 5-foot-9 guard had a brief stint with the team as he appeared in just 17 games before becoming a free agent, averaging 15.6 points per contest.

While Russell was selected with the second overall pick in the 2015 Draft, the franchise decided to move in a different direction after two seasons.

Ahead of the 2017 NBA Draft, the 6-foot-5 guard was traded to Brooklyn along with Timofey Mozgov in exchange for Brook Lopez and the No. 27 pick in the draft - a pick that was used to select Kyle Kuzma, who has proven to be a key piece for the franchise moving forward.

Howard landed in LA via a transaction that involved four teams! In addition to the Lakers, Orlando, Denver and Philadelphia took part in the deal.

After Dwight Howard's eight-year run with the Magic came to an end, his tenure with the Lakers proved to be largely unsuccessful as he spent just one season with the team before departing via free agency. Also worth noting in the trade is that Andrew Bynum (!) was sent to Philadelphia, where he would not appear in a game, while the Sixers sent Nikola Vucevic to the Magic.

At the beginning of what proved to be a major offseason for the Lakers, Hall-of-Fame point guard Steve Nash was acquired from the Suns, who received two first-round picks and two second-rounders.

Nash appeared in just 65 games over two seasons with the Lakers and averaged 11.4 points and 6.4 assists per game. He announced his retirement in March 2014.

Feb. 2008: Trading for Gasol to become a contender 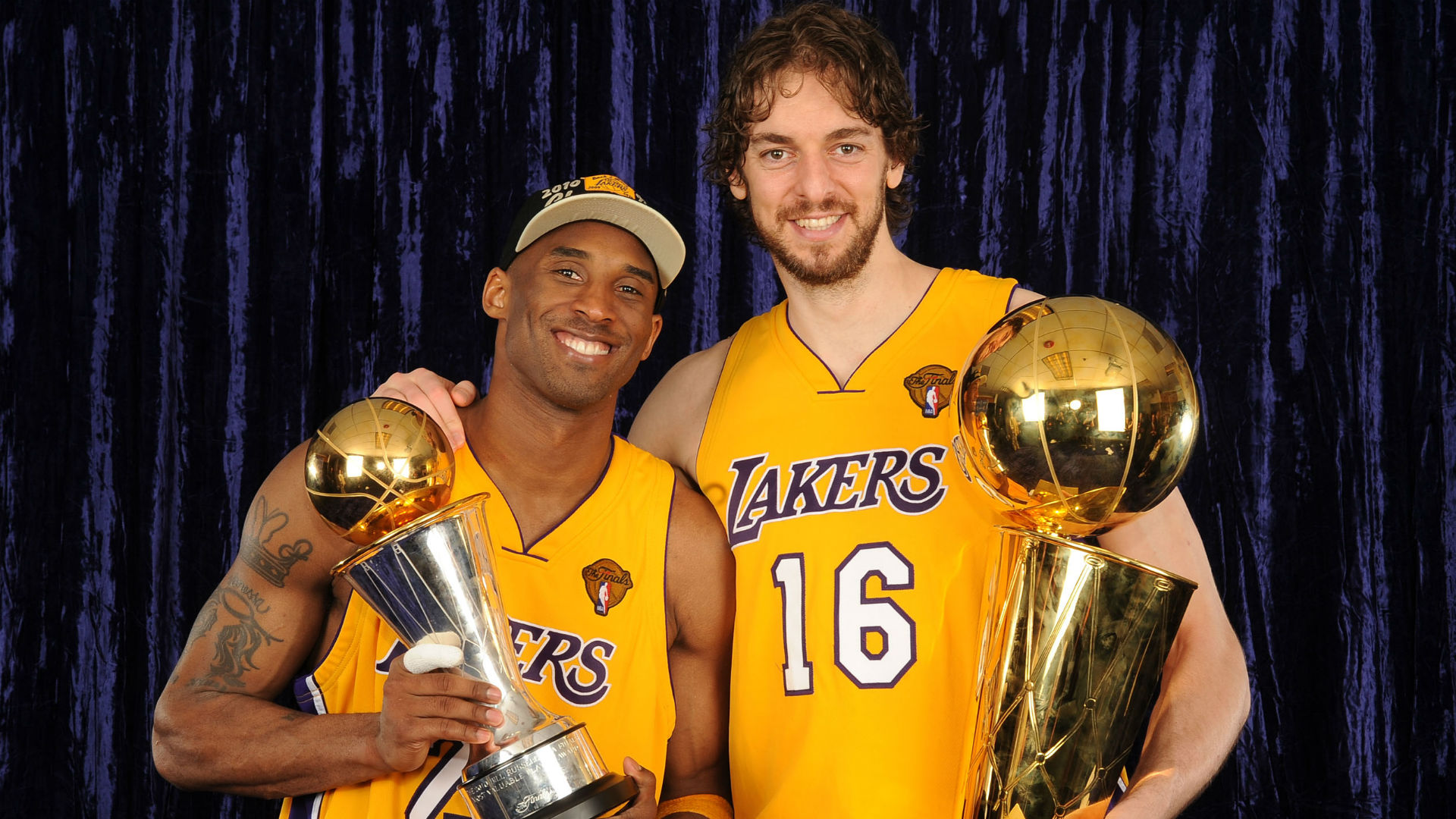 Three weeks prior to the 2008 trade deadline, the Lakers made one of the biggest trades in franchise history, acquiring Pau Gasol in exchange for Kwame Brown, Javaris Crittenton, Aaron McKie, Pau's younger brother Marc and two draft picks.

The elder Gasol would become the ideal partner of Kobe Bryant, as the team would earn the West's No. 1 seed in 2008 and advance to the first of three consecutive NBA Finals appearances.

The pair won two championships (2009, 2010) in the seven seasons they spent as teammates. Pau would earn three All-Star nods as a member of the Lakers and averaged 17.7 points, 9.9 rebounds and 3.5 assists in 422 games with the franchise.

Interestingly enough, Marc Gasol, who had been selected by the Lakers late in the 2007 Draft, would go on to be a three-time All-Star with the Grizzlies.