With 13 Canadian on opening night rosters, they'll be plenty of CanCon on a nightly basis for NBA fans to feast on.

This year is shaping up as one of the biggest for many Canadians in the league, and heading into the global competitions (2019 FIBA World Cup, 2020 Tokoyo Olympics) could be one that will shape the legacy of hoops in the country.

Jamal Murray is set for a break-out season, Kelly Olynyk looks to continue his development as a stretch big in the league and Andrew Wiggins will be primed for a bounce-back season.

Let's take a look at the challenges and opportunities for each Canadian player heading into this season.

Is this the year we finally see Wiggins maximized his immense talent? Does he go out and show he can defend at a high level on a nightly basis? Will the consistency finally be there in his game?

Since entering the league, the questions surrounding Andrew Wiggins have ranged from: 'Can he be an all-star?' to 'does he even care about the game?'

With a new five-year $148 million dollar contract in effect, the spotlight will be shining bright on the player once dubbed "Maple Jordan".

After showing the ability to defend at a high level in high school and college, that skill hasn't translated to the pros on a consistent basis. His ability to get to the line was apparent in his second and third season but dropped significantly last season - as did his free throw percentage.

Heading into year five in the league the jury is no longer willing to wait on potential and they're ready to make a decision. Is this a case of untapped potential or have we seen the best Andrew Wiggins will ever have to offer?

This is the year we finally end the debate.

Jamal Murray made a mini-leap last season by cementing himself as the starting point guard on one of the more exciting young teams in the league.

More of the same is expected from the 21-year-old this season, as he looks to establish himself as a rising star on a team projected to compete for homecourt advantage in the Western Conference.

It's why Murray received the most votes from the NBA's general managers to have a breakout season. The biggest thing standing in his way? A more reliable jumper off the dribble from 3-point range. While those shots made up almost a fifth of his field goal attempts last season, Murray converted a Russell Westbrook-like 32.0 percent of those opportunities.

If he can make those more consistently, Murray will be practically unguardable.

MORE: Leaders of the new school: The NBA's 23 best players under 23 years of age

Now that LeBron James is in Los Angeles, it falls on Cleveland's existing core to lead the Cavaliers back to the playoffs this season.

That includes Tristan Thompson, who, having been with the franchise since 2011-12, is now the longest-tenured player on the Cavaliers.

The Cavaliers mostly know what they're going to get from Thompson at this stage of his career. At his best, the 27-year-old brings offensive rebounding, efficient scoring at the rim and versatile defence. However, if he can expand his game in any way - be it by improving as a post scorer or developing a jump shot - it would help Cleveland's postseason odds tremendously.

After calling out the entire Eastern Conference in the offseason, Thompson should feel some of the pressure to deliver in his eighth season.

Olynyk's greatest impact was made on offence. His ability to stretch the floor out to the 3-point line as a 7-footer helps space the floor for the team's second unit and he's developed into a good passer for his size, dishing out a career-best 2.7 assists per game last season.

With Wayne Ellington being on the receiving end of the bulk of those assists, the Heat will need those two to continue firing on all cylinders if they hope to compete for a spot in the playoffs.

It's a contract year for Cory Joseph and that usually means we see the best version of a player trying to secure their future.

Joseph's defence has slipped since leaving the Spurs, the last two seasons he had his worst defensive rating at 110.

If he can get back to providing the defence he was known for earlier in his career, coupled with his sure-handedness on offence it will set him up for a potential payday with multiple suitors, not just the Pacers.

He was the only rookie to play in all 82 games a season ago and became a solid starter for a Memphis team that left a lot to be desired. A lot of the Grizzlies' issues were due to injuries and with a healthy roster, they should perform better this season.

As for Brooks, he can solidify himself as one of the league's better two-way players. Brooks has the potential to become a lockdown defender and as he continues to develop offensively, he'll always be a treat.

Don't expect the Grizzlies to make the playoffs but expect Brooks to prove he's the best two-way player this country has to offer - something Jay Triano will be looking for when he's looking for his 12 men for the FIBA World Cup in 2019.

MORE: The good, the bad and the ugly from Kawhi Leonard's preseason with the Toronto Raptors

The Trail Blazers finished in the bottom half of the league in 3-point makes and attempts per game last season.

What's the one thing Nik Stauskas has proven that he can do in the NBA? Shoot a lot of 3s and make a high percentage of them.

In 2016-17, Stauskas shot 42.2 percent on catch-and-shoot 3-pointers. He was equally as good in the limited games he played for the Brooklyn Nets last season, knocking down 42.6 percent of his catch-and-shoot 3s. Putting that sort of shooter next to Damian Lillard, CJ McCollum and Evan Turner could help Stauskas get his NBA career back on track. 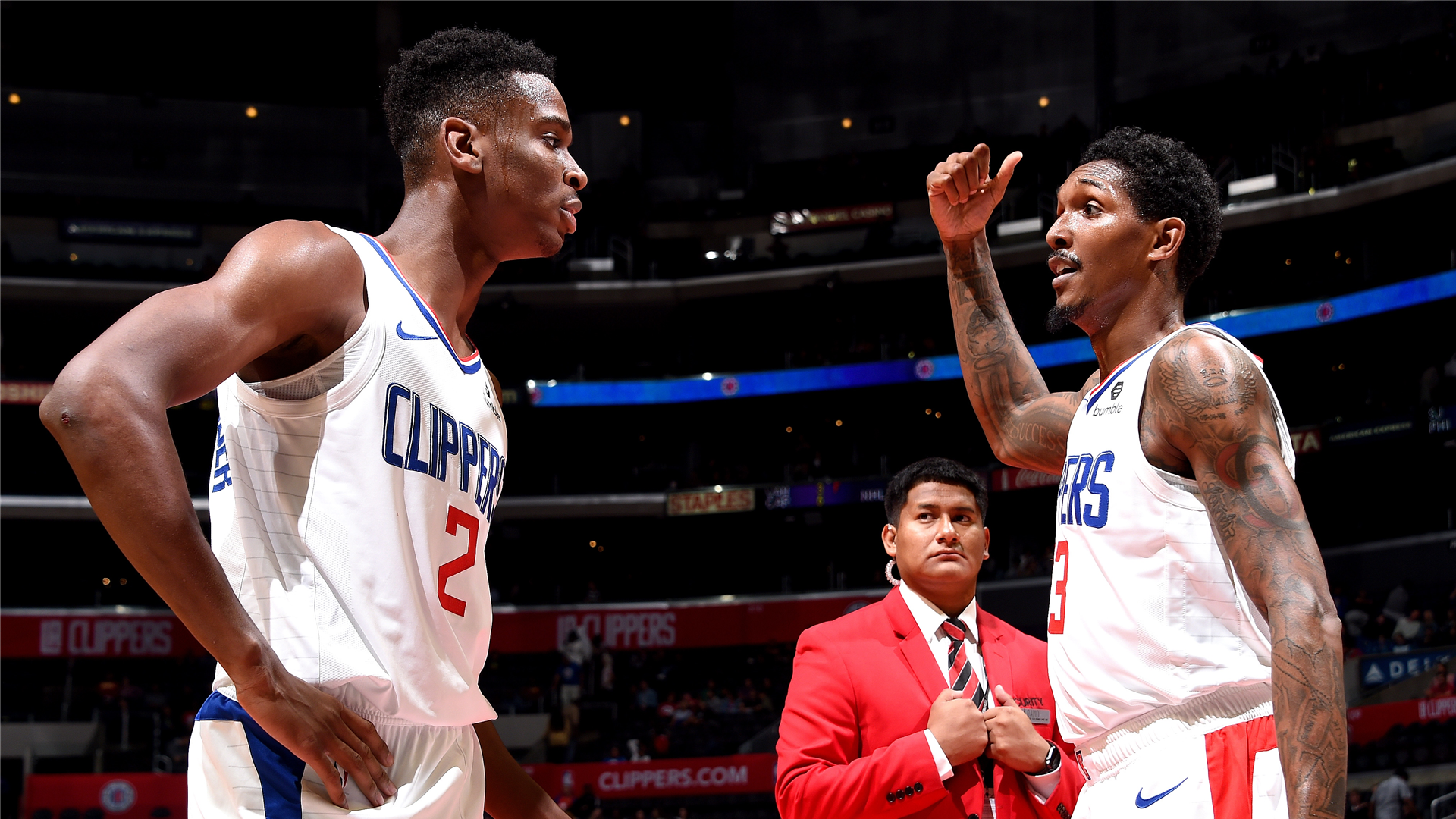 Five years from now SGA could be one of the best point guards in the league - his ceiling is really that high.

In his first season, however, a lot of his impact is going to come down to how Doc Rivers decides to use him.

He's already shown the ability to read and react in screen and roll situations, and he'll be a better long-range shooter than he was in college with the ability to work on it full-time.

Defensively teams will certainly attack him. In his one year in college, he had 101.8 defensive rating. He has the tools to get better on that end of the floor and learning from a defensive-minded veteran guard like Patrick Beverly can only help.

He may start the season slowly but by the second half of the season, SGA will be an all-rookie team candidate.

Dwight Powell has improved each season he's been in the NBA and there's no reason to believe he's done adding to his game yet. The athletic big man proved to be one of the best pick-and-roll scorers in the league last season and set a career-high in both makes and attempts from the 3-point line.

The former will help Powell get the most out of Luka Doncic and Dennis Smith Jr., a dynamic one-two punch who do their best work as the ball handler in pick-and-rolls, and the latter will give Mavericks head coach Rick Carlisle the option of using him in a variety of lineups.

The combination gives Powell a clear path to contributing to a team on the rise in the Western Conference.

The first thing that jumps out about Birch when you look at him this season is his body. He'll be more than ready physically for the pounding of the NBA season.

With his body ready to go, the next step is proving he can contribute at a consistent level for a young Orlando Magic squad.

Last season, after spending some time with the Lakeland Magic - Orlando's G League affiliate, he proved he could be a defensive presence like he had been in college and Europe.

After getting called up Birch featured in 42 games for the Magic last season averaging 11.1 points, 11.2 rebounds and 1.8 blocks per 36 minutes.

Injuries a year ago opened the door for Birch but with a young roster - which isn't expected to make the playoffs - finding playing time and how to best use the 25-year-old will be something head coach Steve Clifford will have to deal with in his first year on the job.

You can't always take a ton from preseason, but Lyles showed that Mike Malone can find consistent offence in the 22-year-old.

Lyles hit double figures in each of his five appearances in the preseason and played with an air of confidence that will be welcomed in Denver.

Lyles showed signs of this production last season when Paul Millsap went down with injury, but the minutes weren't there for him once Millsap was back in the lineup.

If Lyles can improve defensively, Malone will have to have to find ways to get him on the floor. Don't be surprised if you see Lyles getting minutes at the small forward position in an attempt to find more opportunity for the Canadian.

Everyone will have their eyes on Jamal Murray expecting a break-out season and rightfully so, but this could be the year Lyles opens a lot of eyes across the league as well.

Anyone that knows anything about Chris Boucher knows that he was always hungry to prove he belongs in the NBA.

With a burning desire to reach his maximum potential, he finally has a clean bill of health to showcase his improving skills.

The Montrealer came into training camp with the intentions of securing a two-way contract with the Raptors, and he was rewarded.

Boucher will likely spend most of the season with the Raptors 905 but could be one of the bright spots for the entire organization if he continues to improve on both ends of the floor.

The ceiling for Boucher is that of a stretch big who can rim protect. There aren't many bigs who can stretch the floor and defend the way Boucher has the potential to do. This season will be huge for his development and staying healthy will be half the battle. 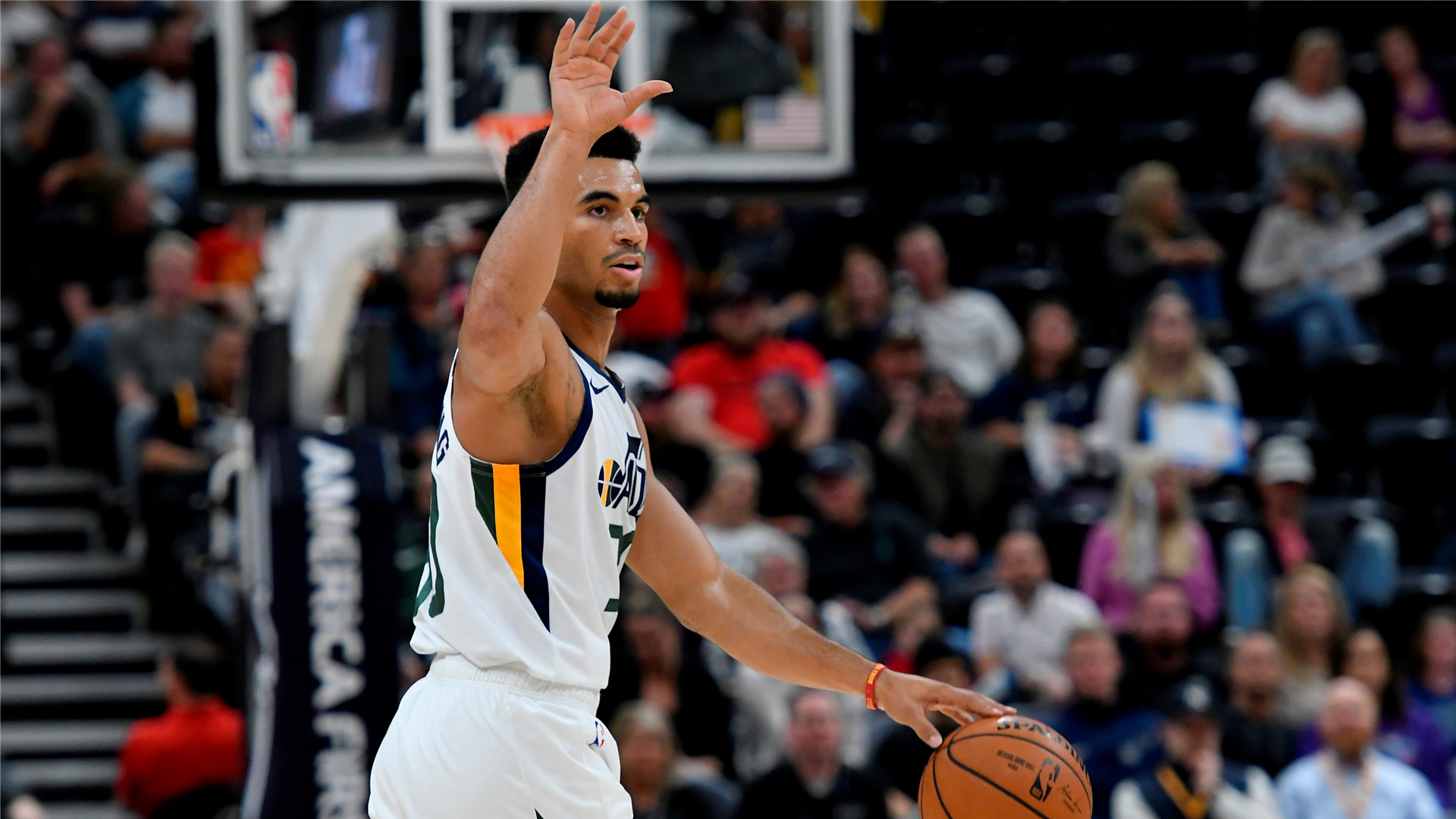 The Jazz have a deep backcourt so barring injuries Mitrou-Long will spend most of his time in the G League where he averaged 18.0 points, 6.1 rebounds, 4.6 assists and 1.2 steals in 35.0 minutes per game last season for the Salt Lake City Stars.

He played well enough to earn a two-way deal from the Jazz this off-season which will only help continue his development.

Playing in the G League might help Mitrou-Long be available for the FIBA qualification windows.

Making the team that will play at the World Cup or Olympics might be tough for Mitrou-Long if everyone makes themselves available, but a player the calibre of Mitrou-Long shows how deep the talent pool in Canada has become.

We're probably a year or two away from Mitrou-Long getting a legit shot at making an impact on an NBA roster, but when he does he won't disappoint.