After an entertaining 72-game regular season, the postseason is officially here.

With 17 players on opening-night rosters, Canada was again the most-represented country outside of the United States this past season. Five months later, there will be five Canadians taking the floor in the 2021 NBA Playoffs.

They won't just be there, either - each of these players stands to play a large role on basketball's biggest stage. To prepare for what's to come, here's a primer of what to expect from the Canadians in the 2021 NBA Playoffs.

Playoff basketball is back in The Mecca, meaning plenty of eyes will be on Barrett.

Not only will the 20-year-old be making his playoff debut, he'll also be doing so for a New York Knicks franchise that hadn't qualified for the postseason in eight years. Those two facts alone add plenty of allure to what Barrett may have in store.

Barrett, who appeared in all 72 games, finished his sophomore season with averages of 17.6 points and 5.8 rebounds on .441/.401/.746 shooting splits. In New York's 3-0 regular-season series sweep of Atlanta this year, Barrett's averages increased to 21.0 points and 7.7 rebounds, including a 26-point, 11-rebound double-double in early January.

Against a Hawks team that has no shortage of offensive firepower, Barrett's contributions on both ends of the floor are a big key to the Knicks' success.

After an Achilles injury kept him sidelined in 2020, Powell returns to the postseason stage for the first time since 2016.

While Powell's averages of 5.9 points and 4.0 rebounds over 58 games this season might not immediately jump off the page, a closer look shows that he finished the season strong, averaging 9.0 points and 6.3 rebounds while shooting 77.5 percent from the field in his final 10 appearances.

The Mavs are set for a playoff rematch with the Clippers but Powell's presence can make a difference, especially given the questions surrounding LA's frontcourt depth. While Ivica Zubac has come into his own, Serge Ibaka has dealt with persistent back issues all season, which could limit his role as an interior defender.

With Powell and Kristaps Porzingis in tow for the entire series, Dallas could make things very interesting in the opening round, especially considering that it did so last season without either big man.

It took a Play-In Tournament victory, but Thompson and the Celtics are back in the NBA Playoffs.

The prize? A meeting with the star-studded Brooklyn Nets.

Thompson is no stranger to the NBA Playoffs, making four consecutive appearances from 2015-2018 during his time with the Cleveland Cavaliers. As each of those postseason runs resulted in trips to the NBA Finals, there are few players that have logged as many postseason minutes as the 30-year-old big man.

It's impossible to list the number of challenges that Brooklyn presents but Thompson, who averaged 7.6 points and 8.1 rebounds this past season, can make his presence felt on the boards and with his physicality. Whether it's creating extra possessions with offensive rebounds, making the Nets feel him with physical defence or using his verticality to protect the rim, there's plenty that Thompson can do to benefit this Celtics team in a tough, tough pairing. 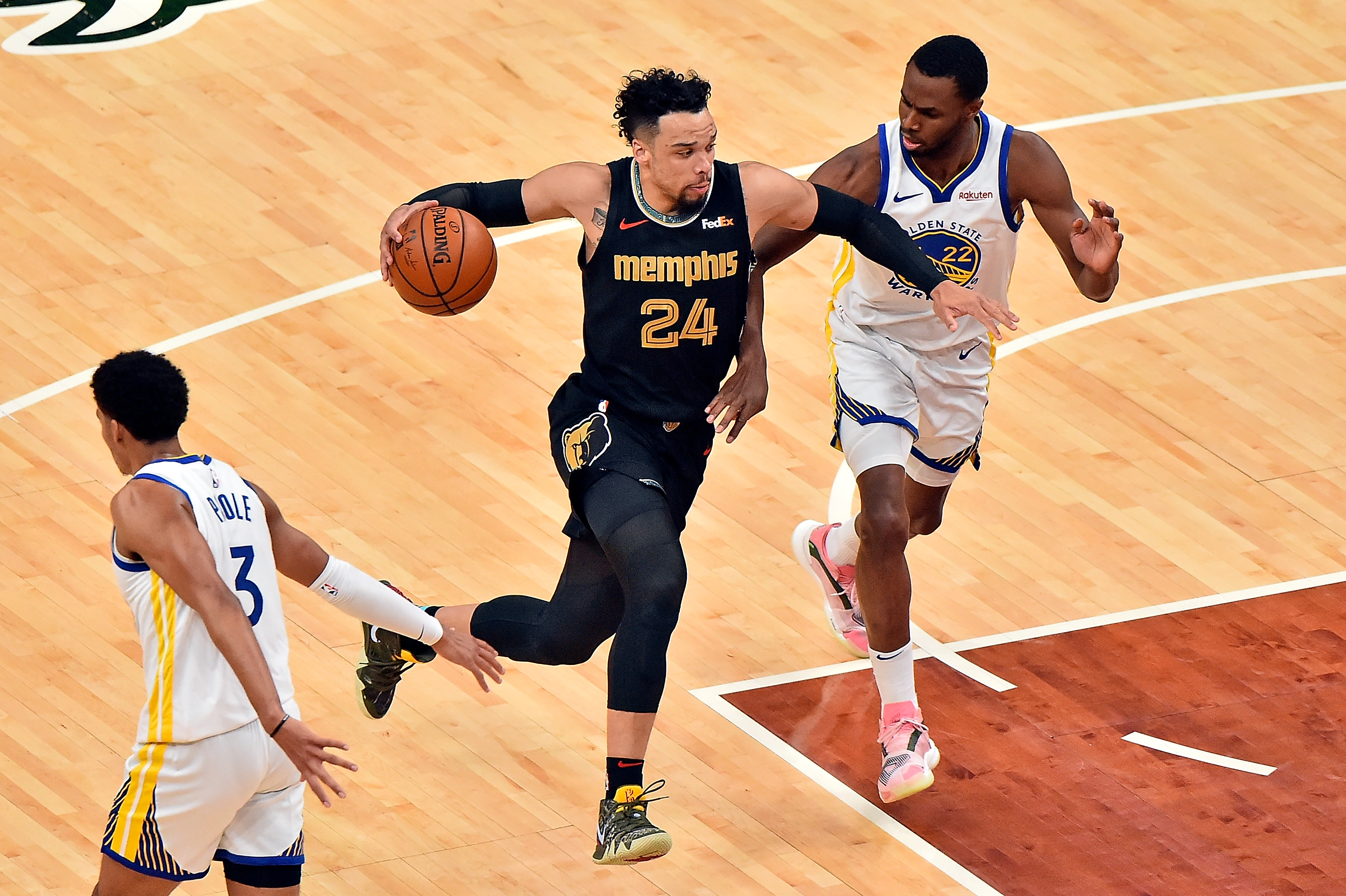 Brooks might be THE X-Factor for the Grizzlies, as they earned a win over Andrew Wiggins and the Golden State Warriors in the West's final Play-In game.

In Memphis' win over the San Antonio Spurs, Brooks scored a team-high 24 points and was fierce defensively, making life difficult for DeMar DeRozan, who finished the night shooting just 23.8 percent from the field. Now, the task becomes taller for Brooks, who must guard Stephen Curry for the second time this week.

MORE: Why Brooks was one of the Play-In's biggest X-Factors

He struggled from the field in the team's second Play-In but still finished with 14 points in an overtime thriller. The Grizzlies have now earned an opportunity to face the Utah Jazz. Brooks averages 17.3 points over three games against the West's No. 1 seed this season.

After a big rookie year, Clarke has experienced some ups and downs in Year 2.

Still, his season averages of 10.3 points and 5.6 rebounds over 59 games are nothing to scoff at. Clarke received DNPs in Memphis' Play-In victories over San Antonio and Golden State but could step into a role as it faces Utah in the opening round.

In two games against the Jazz this season, Clark posted averages of 12.5 points, 5.5 rebounds and 3.5 assists.