The NBA Playoffs are where superstars are born. It's where the league's finest rise to the occasion and lead their teams to the promised land.

The 2020 postseason could be the year of Luka Doncic. The Slovenian has had an MVP-worthy campaign in just the second season of his career. How will he perform in his first postseason?

What about enigmatic rookie and No. 1 overall pick Zion Williamson? If given a chance, can he lead the New Orleans Pelicans to the playoffs and make some noise there? And what about Ja Morant, the No. 2 pick in the 2019 NBA Draft who is the front-runner for Rookie of the Year?

We could know the answers to these questions soon, as the league builds up to potentially resuming the season in July. As we look ahead to the much-awaited 2020 postseason, here's a look at how some of the league's legends performed in their playoff debuts...

Jordan showcased his superstar potential with a spectacular rookie season, but he simply didn't have the team around him for the Bulls to be a threat in the first round of the 1985 playoffs against the 59-win Bucks, who were making their sixth straight playoffs appearance.

Nonetheless, with the chips stacked against him, Jordan performed well.

One of only two players in NBA history to be named Rookie of the Year and MVP in the same season, Chamberlain, as expected, stuffed the stat sheet in his playoff debut with a huge win, going off for 35 points and 27 rebounds.

Chamberlain led the Philadelphia Warriors past the Nationals in the first round and helped push the defending champion Boston Celtics to six games in the second round.

Then known as Lew Alcindor, Abdul-Jabbar put up Wilt-like numbers in his playoff debut with 36 points and 20 rebounds.

Very few players in NBA history can say that.

Abdul-Jabbar finished his first postseason run by scoring 30 or more points in all but one of the 10 games he played.

Johnson had the greatest rookie postseason in NBA history. He capped off his first playoff run by leading the Lakers to a championship with a game for the ages. Despite being the team's point guard, he started at centre in Game 6 of the NBA Finals against the 76ers and led the Lakers to glory by recording 42 points, 15 rebounds and seven assists.

As for his very first postseason game, Johnson became the second player ever (now a group of four) to record a triple-double in their playoff debut.

In a comfortable win, Bird, who was named Rookie of the Year, contributed across the board in just a limited time span of 30 minutes in his first playoff game. He went on to advance to the second round, eventually losing to the 76ers.

As a rookie, Bryant hadn't broken into the team's playoff rotation, resulting in him registering just two points in a 46-second showing in his postseason debut. As the 1997 postseason progressed, he earned more playing time to eventually average double-digit minutes. 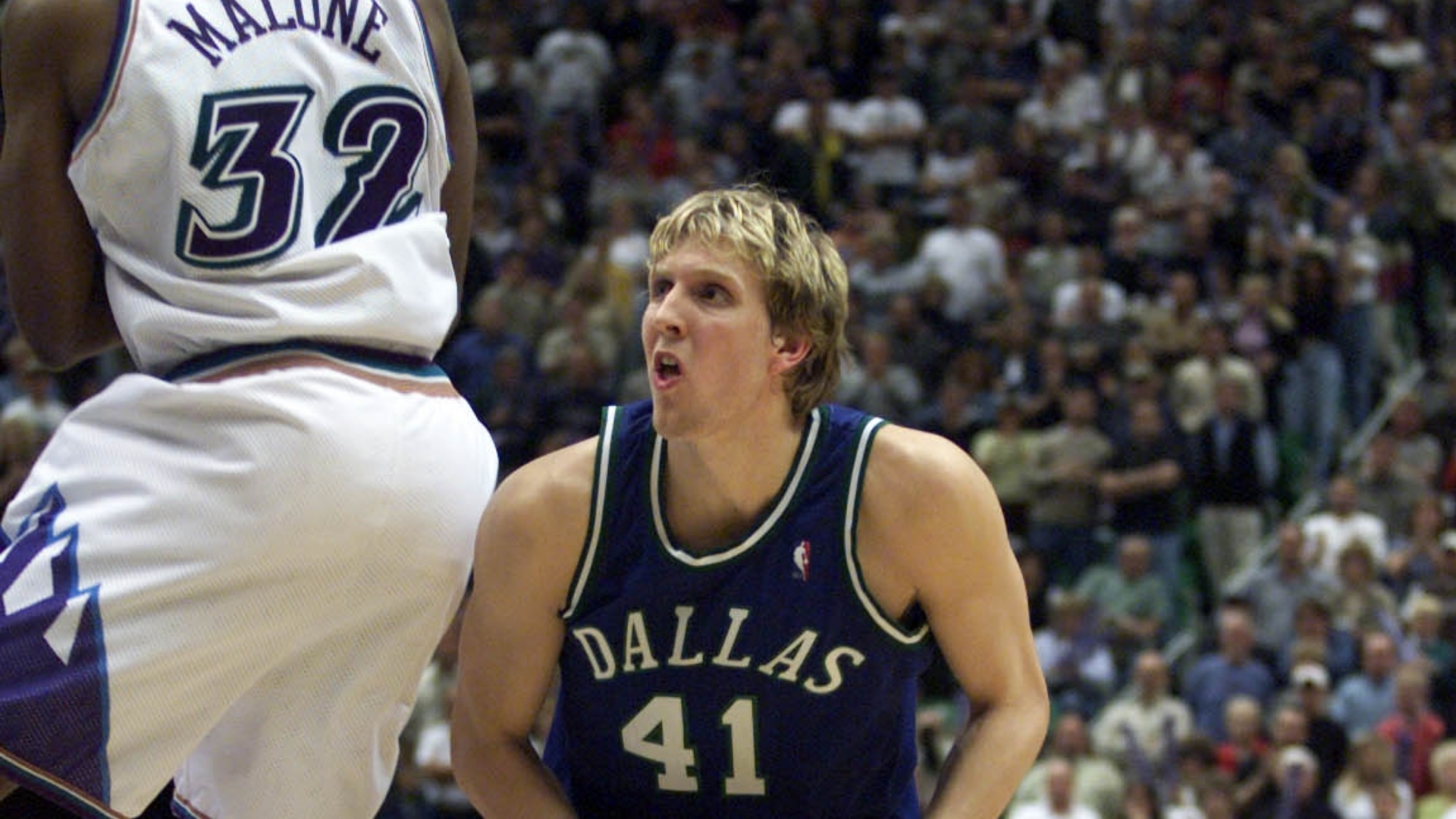 It took the 7-foot German a couple of seasons to get to his first postseason, but once he did, he performed quite well. Over 10 games, he recorded 30 or more points four times, doing so efficiently.

Nowitzki played a pivotal role in the Mavericks beating Karl Malone and the Utah Jazz in the first round, recording a couple of 33-point games at home that resulted in key victories.

Just like Dirk, James made the playoffs for the first time in his third NBA season, but when he made his playoff debut, he made NBA history.

Not only did he lead the Cavaliers to a Game 1 victory with a 32-point triple-double, James led them to a series victory over the Wizards, marking the first time Cleveland advanced past the first round since 1993.

More notably, James became the third of now four players in NBA history to record a triple-double in their playoff debut.

Right from when he stepped into the league, Durant made scoring look easy. But, while he did score 24 in his playoff debut against the defending champions, nerves seemed to get to him as those points came on 7-of-24 shooting from the field.

Nonetheless, Durant rebounded to average 25.0 points over six games and as things currently stand, he is the league-leader in playoff points per game among active players at 29.1.

When the time came for Curry's first playoff game, he had already established himself as the team's primary ball-handler. If it wasn't for Andre Miller's game-winner, Curry would have led the Warriors to a victory in his playoff debut on the road in Denver despite a rough shooting night from the field (7-20 FGs).

The year of his playoff debut, the Greek Freak was only in his second season, still finding his identity and looking to establish himself in the league. In his first postseason game, although he contributed across the board, he struggled to knock down his shots (4-13 FGs).