The 2020-21 NBA season opened with a doubleheader of games.

It began at the Barclays Center, where the Brooklyn Nets hosted the Golden State Warriors and concluded with the defending champion Los Angeles Lakers "hosting" their in-arena rivals in the LA Clippers at the Staples Center.

Due to health and safety guidelines in New York and Los Angeles, there were no fans in attendance while NBA protocols called for all coaches to wear face coverings during the games as we saw during the NBA restart.

Visually, it was an opening night unlike no other, save for the Lakers' ring ceremony, which was quite different from any other in the past.

With that in mind, take a look at some of the most memorable sights from a unique opening night, from Brooklyn to Los Angeles:

"Brooklyn Together" was featured on the seats of the Barclays Center, where no fans were permitted to attend to begin the season.

As the Nets have decided to honour the 2020-21 season to essential workers, they raised a commemorative banner for their efforts to remain in the Barclays Center Ring of Honour.

In our hearts and on our minds everyday, and now in the @barclayscenter rafters. Thank you to all essential workers, for everything.#BarclaysEssentialTogether | @Barclays | #BrooklynTogether pic.twitter.com/AJ2dK7sjlB

Hall of Famer Steve Nash officially made his debut as an NBA head coach, pictured here conferring with his former coach in Mike D'Antoni and assistant Ime Udoka. 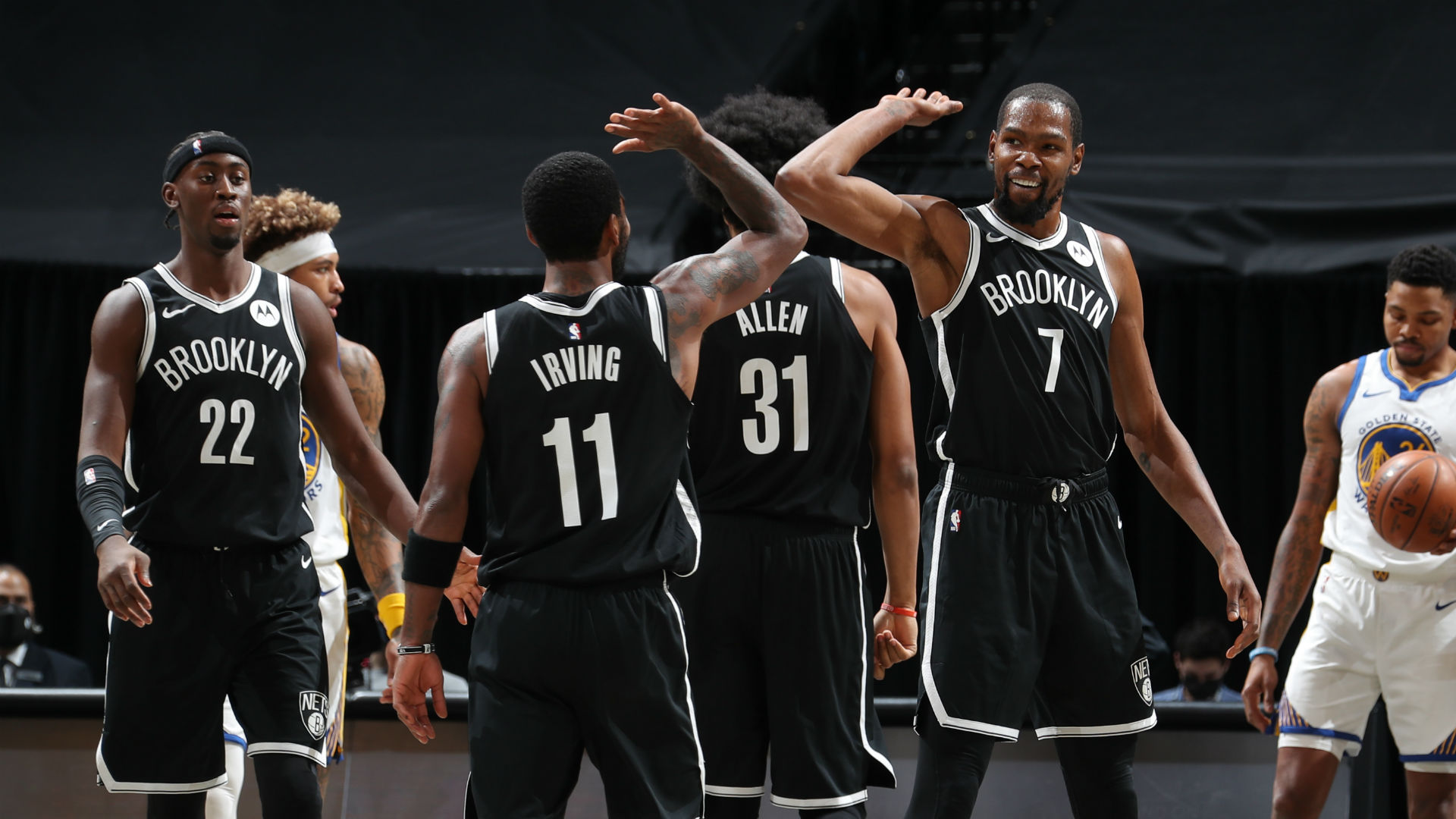 After appearing in just five games in the 2019-20 season, two-time league MVP Stephen Curry is back in action for the Warriors.

Opening night also marked the beginning of a promising career for 2020 No. 2 overall pick James Wiseman.

A walkway fit for champions.

A socially-distanced ring ceremony like no other, the seats at Staples Center read "Lakers Family" when outfitted for Lakers home games.

With no fans in attendance, the Lakers opted to wait until fans are permitted into Staples Center to reveal the banner for their 2020 title.

As for the rings, the Lakers received some historic jewelry with the help of frontline workers and their respective families.

And of course, there was a game to be played, and plenty of former teammates faced off.

And two of the league's best took centre stage…