LeBron James is back in Denver for the first time since one of the most clutch performances of his career last spring as the Los Angeles Lakers take on the Denver Nuggets.

On March 7 of last season, James saved his absolute best for the final two minutes, delivering one of the most clutch performances of his career.

Not one, not two, not three... but FOUR buckets, just the second time in his career - regular season or playoffs - that he went 4-4 or better in the final two minutes of a game. That's quite the achievement for someone like James that's now played in 1,386 games over a 16-year career.

In an interview with ESPN's Cassidy Hubbarth shortly after the game, James himself couldn't hold back when evaluating the overall state of his game.

"My game is probably at an all-time high." 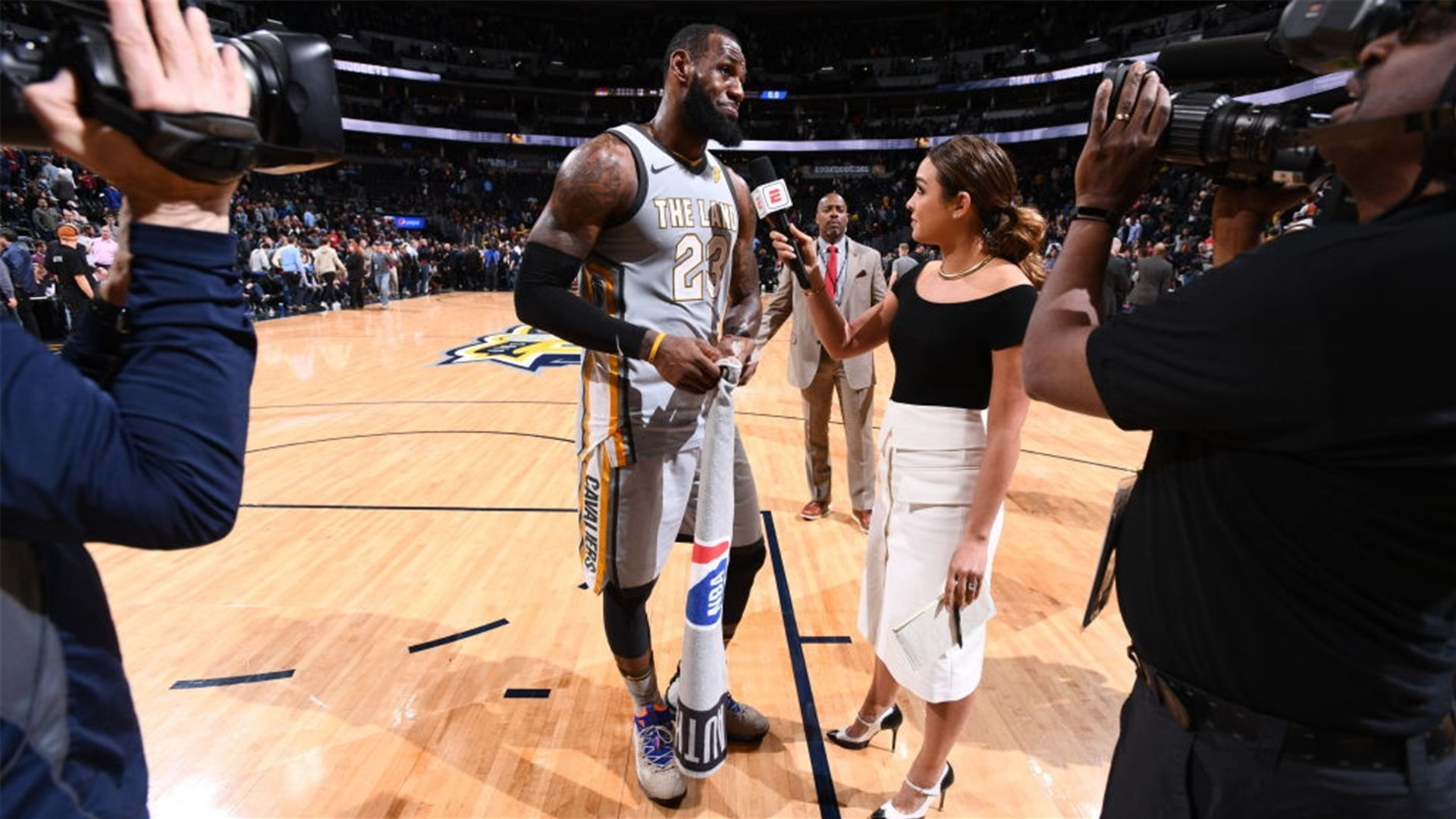 Without diving into the overall state of his game in March of 2017, it is worth pointing out just how dominant he's looked in his last few performances against the Nuggets as the Lakers could surely use a vintage LeBron performance.

Earlier this season in Los Angeles, James finished with 28 points, 11 rebounds and 11 assists in a Lakers win.

In two games last season, James finished with 25 points, 15 assists and 10 rebounds on March 3 before then uncorking 39 points, 10 assists and 8 rebounds just four nights later. All told, his 53.5 combined points, rebounds and assists per game were his most against any Western Conference team in 2016-17.

This is a big opportunity for both teams to pick up a win in the hotly contested Western Conference. At 13-7, the Nuggets are just one game out of first place while the 11-8 Lakers sit 2.5 games out of first.