The Golden State Warriors opened their 2018-19 season with a 108-100 victory over the Oklahoma City Thunder on Tuesday night.

Prior to the start of the game, they held their 2018 NBA Championship ring ceremony. Sweeping LeBron James and the Cleveland Cavaliers in four games back in June, the Warriors won their second consecutive NBA Championship and their third championship in four seasons.

Their 2018 NBA Championship rings are absolutely insane and have a ton of hidden 'gems' of inormation relating to the Warriors season.

The Ring was designed and manufactured by Jason of Beverly Hills. It has a reversible ring-face, which is a first for any championship ring in any sport.

On both the white (above) and blue (below) sides of the ring, there are 74 sapphires and diamonds to represent the number of wins the Warriors acheived throughout the 2017-18 regular season and postseason. The two Larry O'Brien trophies represent the back-to-back NBA Championships the Warriors have won in 2017 and 2018. 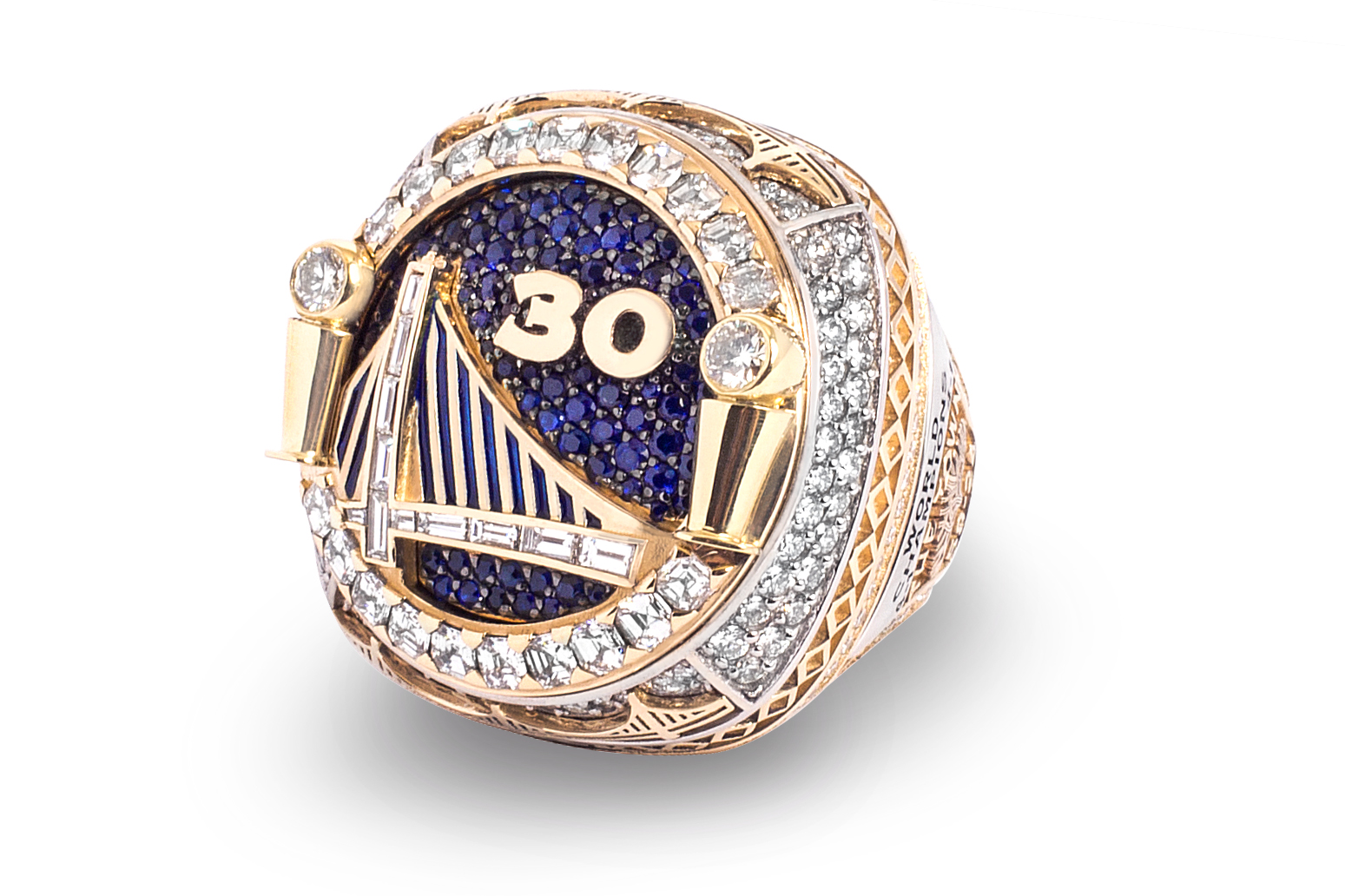 When you take the ring-face off to reverse it...

It has the Warriors' team motto "Strength in Numbers". On each side of the ring...

There is a bristle texture, like a broom, to representing the 2018 Finals sweep over the Cavs. On the team side, there is 56 stones to represent how many years the Golden State Warriors have resided in the Bay Area of California.

On the player's name side, it has 'Just Us', another motto that the Warriors' team uses. On each side of the ring there is the four postseason series scores (4-1, 4-1, 4-3, 4-0) to represent their victories over the San Antonio Spurs, New Orleans Pelicans, Houston Rockets and Cavaliers.

Below, you can see an up close video of the reversible championship ring and all of its' hidden messages:

First reversible championship ring ever! Jason of Beverly Hills coming through with some innovative work in the championship hardware department. 🏆💍 #DubNation pic.twitter.com/wlxCXZQuQw