After splitting the first two games in Milwaukee, the Bucks took control of the series with a big Game 3 win on the road in Boston.

History says its a potentially massive win for the Bucks. Entering this postseason, teams in NBA history to win Game 3 of a best-of-7 series tied 1-1 have gone on to win the series 73% of the time.

Here are some of the keys to game.

It begins and ends with Giannis Antetokounmpo who led all players from both teams in points (32), rebounds (13), assists (8) and blocks (3).

The Bucks have won 14 of the last 17 games in which Antetokounmpo has scored at least 30 points. 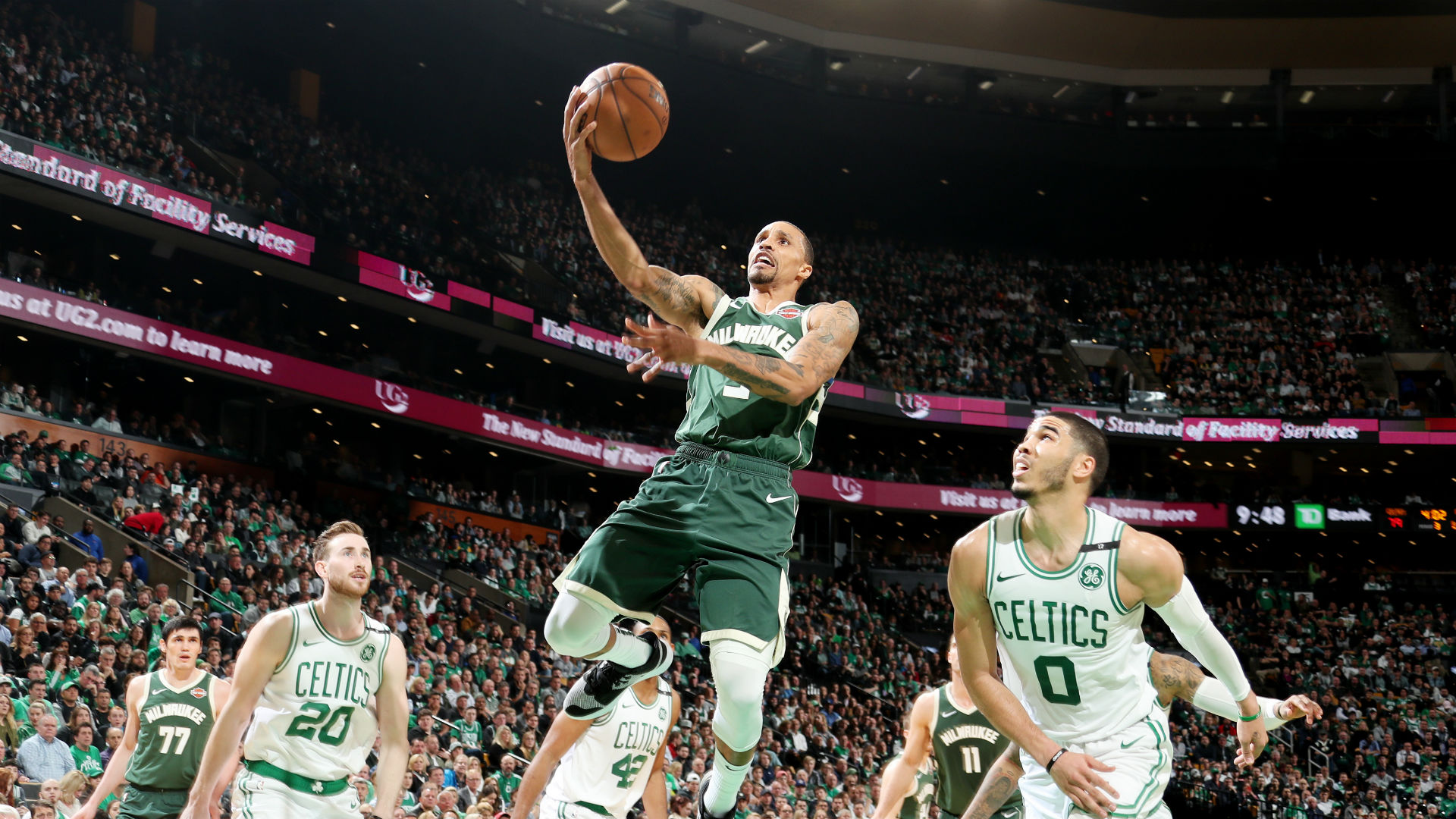 Though Antetokounmpo is certainly the headliner, perhaps the biggest factor was the play of Milwaukee's bench, which outscored Boston's bench 42-16.

Connaughton made an immediate impact, scoring eight points on a perfect 3-3 shooting in the 1st quarter.

Hill then made play after play in the third quarter, nearly equaling Kyrie Irving who had a big 3rd quarter.

Hill and Connaughton's big games stand in stark contrast to the quiet night from Boston's reserves. Gordon Hayward struggled to get into any consistent rhythm, finishing just 2-8 from the field. It's the second straight quiet game for Hayward who was held to just five points in over 30 minutes in Game 2.

In addition to Hayward, Boston also didn't get much from Terry Rozier who went scoreless in 14 minutes, missing all three of his shots while also failing to record an assist.

If Boston is going to get back in this series, it will surely need more from its top two options off the bench.

For the third straight game this series, the team which seized control in the third quarter ended up winning the game.

The Bucks went on a 12-0 run over a two-minute stretch which turned a one-point deficit into an 11-point lead. Seven of the 12 points in that decisive run were scored by Hill who scored 11 of his points in the third quarter on a perfect 4-4 shooting.

This game followed the blueprint laid out in Games 1 and 2.

In Game 1, Boston outscored Milwaukee 36-21 which helped blow the game open and spur the Celtics to a decisive 22-point win.

In Game 2, Milwaukee returned the favour, outscoring the Celtics 39-18 to pave the way for a 21-point win.

Looking ahead to Game 4

The series continues on Monday in Boston. The Bucks have the chance to seize a commanding 3-1 series lead.

Just how important is Game 4?

Entering this postseason, teams to take a 3-1 series lead in NBA history have gone on to win the series 95% of the time, There have only been 11 comebacks from 3-1 deficits, most recently the Cavaliers against the Warriors in the 2016 NBA Finals.