The NBA is back, and what a first week of action it was.

There was plenty to highlight in the opening week, but here are a few takeaways from an explosive week one in the Association.

Remember when Trae Young struggled at Summer League and shot 37% from the field in his first 25 games of his NBA career and everyone thought he was a bust? Me neither.

Young has been awesome to start the season for the Atlanta Hawks, and he's turning into one of the league's most exciting players.

In his first two games, Ice Trae flirted for a 40-burger, posting 38 and 39 points in Hawks victories. The scoring is nice, but he's also done it efficiently, shooting 59% from the field. He also dished out nine assists in both those games.

Young won't keep up these impossible stats for the entire season, but if he can continue to lead the Hawks the way he has been in the first week, maybe the playoffs won't be that far out of reach for Atlanta.

Karl Anthony-Towns is playing at an MVP level

Karl Anthony Towns has been really good to start the year - like really, really good. It's not just that his numbers have been outrageous. It's how he's getting to those numbers that have him seeming like he's about to get to another level of stardom.

KAT's shot selection to start the year has dramatically changed from last season. According to Basketball-Reference, nearly 30% of his shots came from 10-16 feet last season - the highest in his career last season. This year through three games - granted, a small sample size - he's taken just four shots between 8-16 feet.

No longer is Towns bailing defences out by taking shots they want him to take - he's either punishing you inside or forcing you to guard the 3-point line. There's literally no in-between.

Its part of the new offence head coach Ryan Saunders has installed, and KAT is feasting off of it. But it's not just Towns that's stopped shooting 2-pointers, the entire team has. Minnesota was top five in percentage of field goals from 2-point range last season with 69% of their shots coming inside the arc. This season, 57% of their shots have come from inside the 3-point line, the sixth least in the league.

That's the type of mentality that can get Towns to the next level, the level that he'll need to achieve to carry the Minnesota Timberwolves back to the playoffs.

As NBA.com's Micah Adams pointed out, the Houston Rockets are playing faster than everyone else.

The average Rockets possession is 12.4 seconds, by far fastest in the league.

Gap between them and 2nd is larger than gap between 2nd and 13th.

It's not just that Houston is playing fast, it's the pressure they're putting on opposing defences. Through three games, the Rockets are averaging 58.0 drives per game according to NBA Stats. Last season they finished the year averaging 44.5 drive per game - which feels a little bit weird given the fact that it felt like all they did was watch James Harden drive to the basket.

They're also not just driving for layups either. According to NBA Stats, 50% of their drive result in a pass. Last season that number was just 37%.

Mike D'Antoni has his team back to the run and gun style he's accustomed to. It's the risk-reward style that Houston is hoping brings them a title. Some nights you'll break 3-point records and some nights you'll miss 27 straight from downtown. 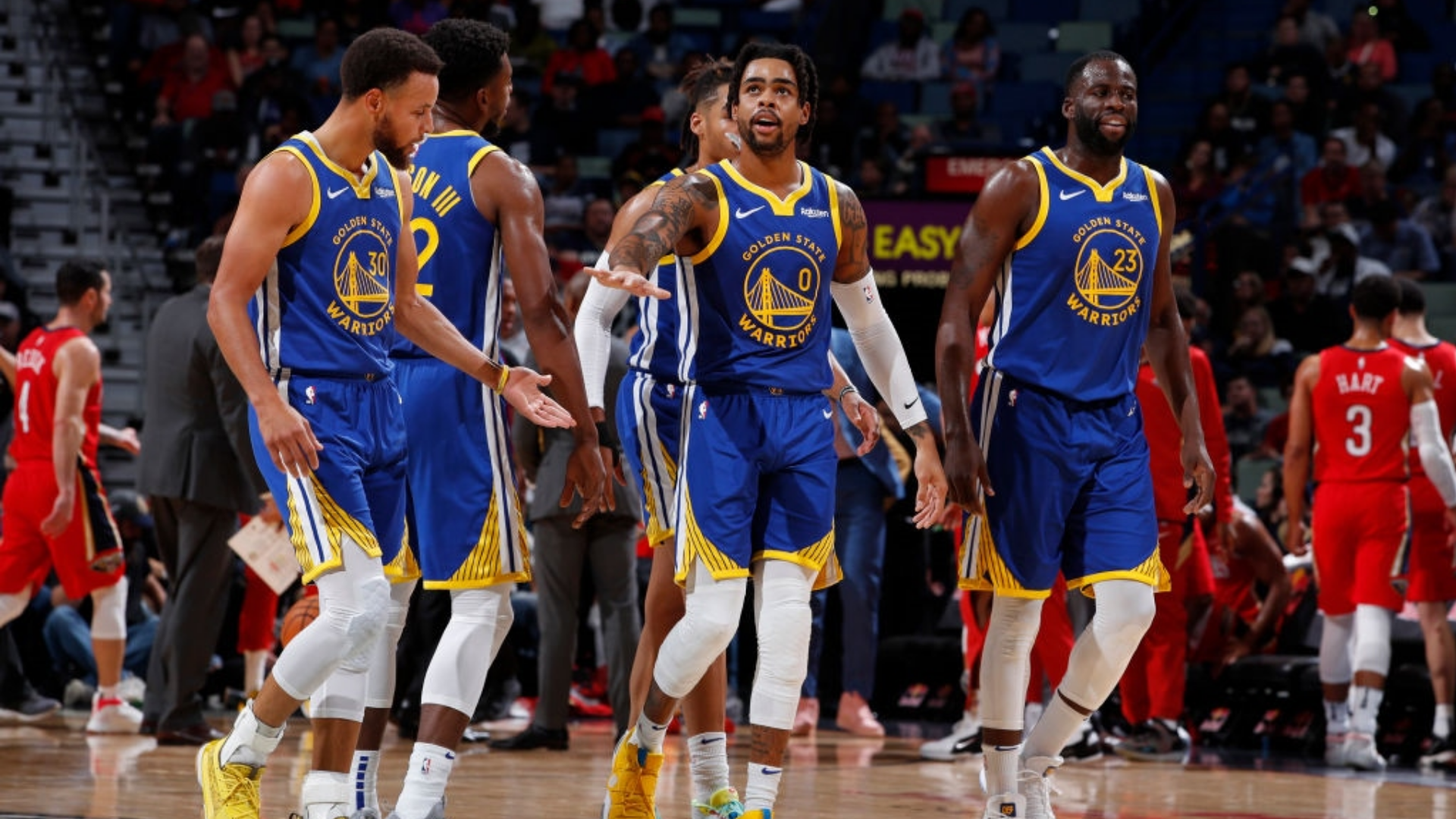 The Warriors are 1-2 to start the season and have looked like a team that's trying to get the number one pick in the 2020 NBA Draft. It's been that bad.

Through three games, the Warriors have the worst defensive rating in the league and they're giving up 122.0 points per 100 possessions. According to ESPN Stats and Info, the Warriors have set the record for worst point differential through two games by a team to reach the Finals the year before.

The @Warriors' -47 point differential through 2 games is the worst in NBA history by a team to reach the NBA Finals the previous season.

A lot of fans are finding joy in Golden State's demise after it kicked everyone's butt for the last five seasons. However, don't expect this team to be bad for long. Even if they miss the playoffs this season in the tough Western Conference, they still have a foundation of Steph Curry, Draymond Green, Klay Thompson and D'Angelo Russell. That's pretty good and when they're all healthy and ready to go, they'll be back to contending for championships.

"It sucks," Draymond Green said of rebuilding via the Mercury News. "I guess just about everybody except Tim Duncan has been through it. But it sucks. Pretty bad."