The 2020-21 NBA season is set to tip-off on Dec. 22. To get you ready for the year to come, we'll be dedicating one day between now and the start of the season to each team in the league.

Today, we head out West to take a look at the Denver Nuggets. 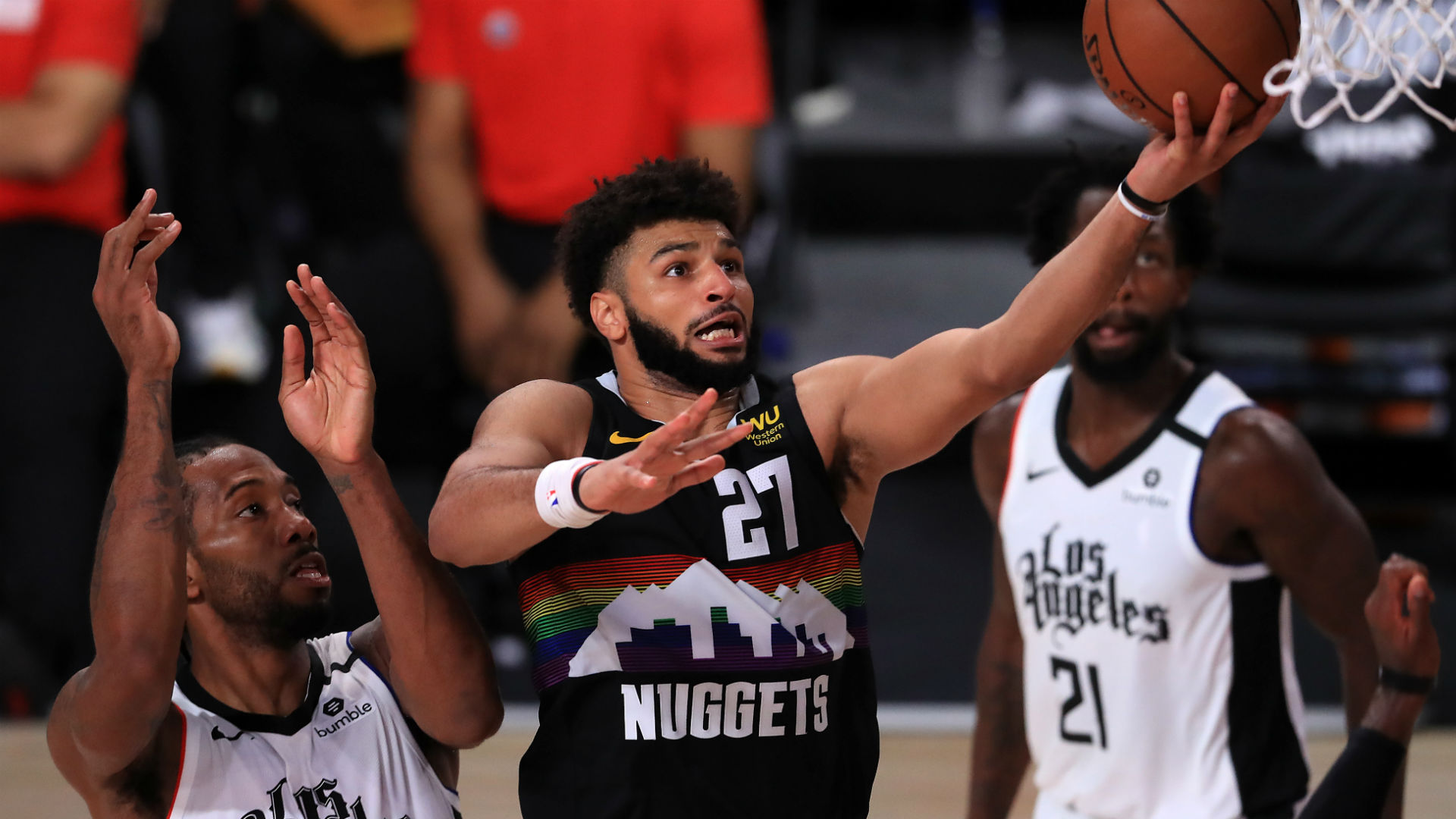 In completing back-to-back comebacks from down 3-1, the Nuggets created history in the playoffs.

Put simply, they would not have created that slice of history without MVP-calibre play from Murray.

Did Murray make a permanent step up into the superstar category or was this simply a bubble oddity?

Scorching the Utah Jazz in the first round for two 50-point outings and another 42-point game, Murray wasn't done there, dropping 40 points on 15-for-26 from the floor in Denver's Game 7 win over the LA Clippers.

Red hot from the outside, Murray was equally as damaging in the paint, finishing 60-for-91 (65.9 percent) in the restricted area.

At just 23 years of age, there is reason to believe the Kentucky product can continue his hot run of form into the 2021 season. If he does, you can almost certainly expect to see the Nuggets earning home-court advantage in the first round for the third straight season.

Can Denver cover the loss of key role players?

Jerami Grant evolved over the course of the 2019-20 season to become a critical part of the Nuggets defence while also adding valuable shooting down the other end. A high caliber 3-and-D player that every team covets, Grant left for a greater role with the Detroit Pistons.

Standing 6-foot-8 and weighing in at 210 pounds, Grant has the versatility to defend across multiple positions, which became critically important in matchups against the Clippers and Los Angeles Lakers with Kawhi Leonard, Paul George, and LeBron James to guard on the wings.

Grant started 16 out of 19 playoff games for Denver, averaging 11.6 points per contest. His 3-point percentage did slip from 38.9 in the regular season to 32.6 in the playoffs, though, he was a player Michael Malone trusted in closing lineups.

Along with Grant, Mason Plumlee also found himself accepting a lucrative deal in Detroit, robbing the Nuggets of their every night backup center behind Jokic. The timing of these moves muddied the waters for Denver this offseason, with Torrey Craig becoming a casualty of the roster squeeze.

While JaMychal Green was a nice recovery signing, the versatility and reliability of Grant, Plumlee and Craig will be difficult to replace.

What is Michael Porter Jr?

Porter Jr. enters the 2021 season as one of the more intriguing players in the entire league.

Still just 22 years old, the Missouri product has shown flashes of his ridiculous offensive prowess, while also displaying his deficiencies on the defensive end. There's no question inserting Porter into the starting lineup will juice up the Nuggets offence, the question will be whether he finds the consistency to become a positive factor when he isn't simply getting buckets.

Malone bumped up Porter's minutes in the postseason to 23.7 per game from 16.4 in the regular season with good results on both ends of the floor. The most encouraging number of note when pouring through lineup data is the combination of Porter, Jokic and Murray playing 204 minutes together with a NET rating of plus-10.5.

Starting in only 11 games total across the regular season and postseason, you can expect the second-year forward to slip straight into the opening night starting group. If he continues to thrive alongside the Nuggets' other two stars, Denver might really be onto something.

The Jamal Murray vs. Donovan Mitchell toe-to-toe heavyweight bout in the bubble might just have been the most entertaining spectacle of the season restart.

With both the Jazz and the Nuggets expecting to contend in the West, any time these two rising start match up is now compulsory viewing.

Outmatched in the Western Conference Finals, the Nuggets will be looking for revenge in 2021 on their quest to go one step further and reach the NBA Finals.

The craftiness of Jokic up against the flair of Anthony Davis is one of the elite big man matchups in the league. The Lakers appear stronger on paper than they were last season after an impressive free agency period, leaving work to do for the chasing pack.

Make no mistake, the Clippers will be looking to avenge their dismal playoff collapse, where a 3-1 lead quickly morphed into an early exit from the bubble.

Star power on either side makes for an interesting matchup, and the addition of Serge Ibaka in LA looms as a major upgrade defensively in trying to quell the impact of Jokic.

Similar to Murray and Mitchell, Suns star Devin Booker burst onto the superstar scene in the bubble, but now must take the next step and reach the postseason.

With the Lakers and Clippers expected to fill two of the top-four seeds in the West, the remaining two home-court advantage seeds are up for grabs. After acquiring Chris Paul and Jae Crowder, the Suns intentions are clear, with valuable playoff experience joining Booker and Deandre Ayton.

It's entirely possible that the Nuggets could be battling the Suns for playoff seeding come the end of the regular season, so every one of their meetings will be crucial.

Reports have suggested Jermai Grant was offered the same deal in Denver that he ultimately signed with the Pistons. Grant wanted a bigger role and feels like he can have a greater impact on offence in Detroit. This feels like a prove-it game for Grant, and it will most certainly be worth tuning in for.