When you're looking for teams that can make a deep playoff run, you look for a couple of things outside of the obvious question of whether or not they have a top-end star.

The Miami Heat may not be on most people's radar as a team that can make a deep run in the postseason, but they check both of those boxes.

Despite having a middle of the pack defence this season, history has shown us that Erik Spoelstra is capable of curating a stingy defensive game plan in the playoffs. And with great individual defenders in Jimmy Butler, Bam Adebayo and the oft-overlooked Derrick Jones Jr., the Heat's defence should cause problems for any opponent in the East - including the Milwaukee Bucks. 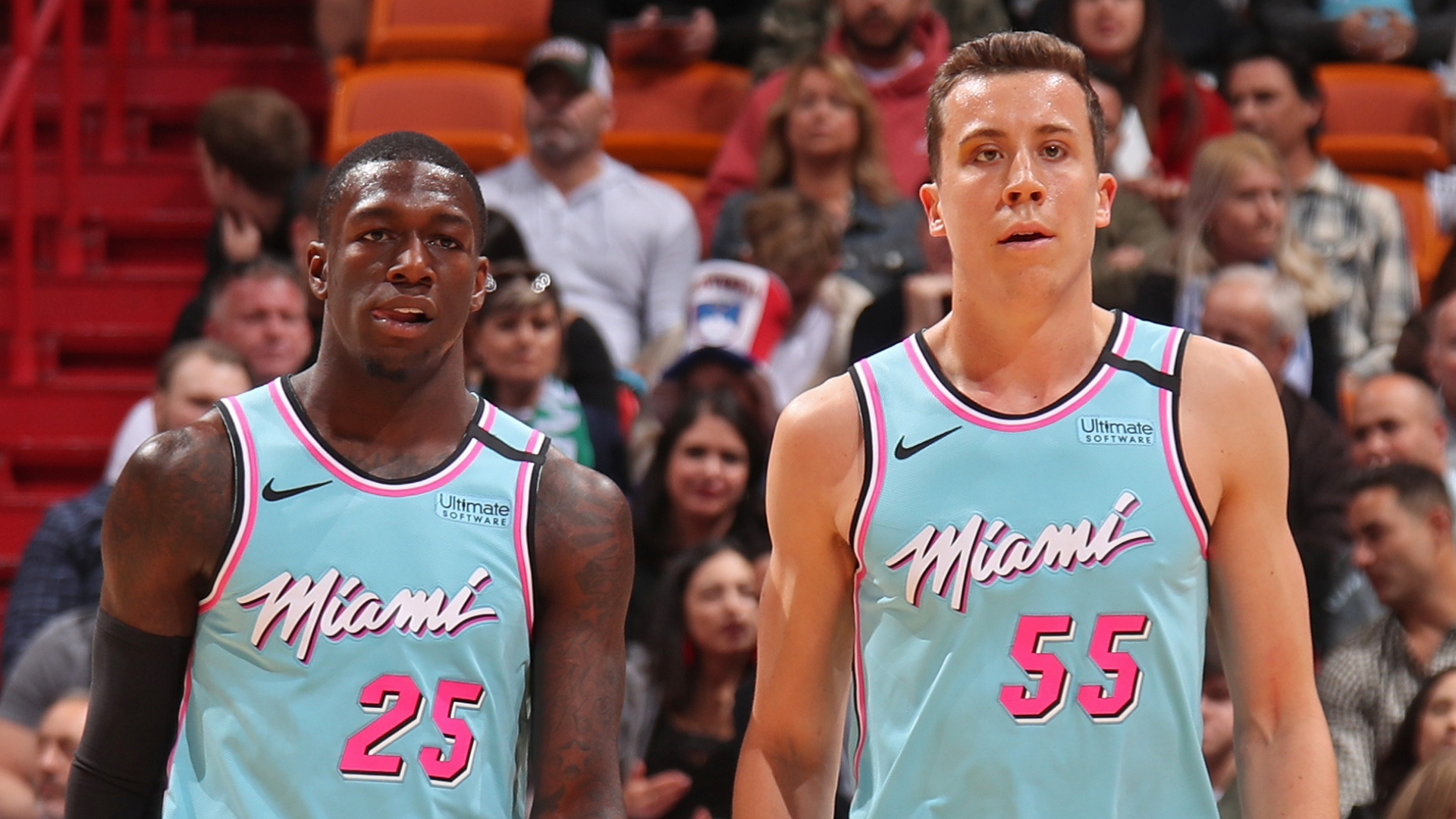 But what about the offence?

The Heat have modernized their offence and put themselves in a position to make some noise in the playoffs. Ball movement and 3-point shooting destroyed Spoelstra's Heat the last time they made the NBA Finals as the San Antonio Spurs put on a clinic in what was a short five-game series. Spoelstra's offence now looks a lot like the one that may have caused him nightmares back in 2014.

Only the Jazz shot better from 3-point range than the Miami Heat at 37.9 percent this season. They're littered with 3-point marksmen as seven players in their regular rotation shoot over 35 percent from three, led by Duncan Robinson, who shot 44.6 percent from downtown in the regular season.

And while the 3-ball is a big part of their offence, they haven't forgotten to put pressure on teams and earn trips to the line. The Heat rank fourth in the NBA in free-throw attempts averaging 25.2 per game.

It's the perfect blend of taking advantage of the 3-point line and foul line, but what separates Miami's offence from most is the unselfishness and ball movement.

The Heat averaged 25.9 assists per game, good for fifth in the league and they have seven players that average double-figures in scoring. At the best of times, everyone on the floor for Miami can be an offensive threat and if all else fails, they still have one of the league's best closers in Jimmy Butler to fall back on.

The formula is there.

They can guard and matchup defensively with any style an opponent chooses to go with, their small-ball lineup with Bam Adebayo at the five has a net rating of 11.4 and their jumbo-sized lineup with Myers Leonard and Adebayo in the frontcourt together has an even better net rating of 13.4.

Offensively, the Heat can get production from multiple contributors and when the game's on the line and they still have a walking bucket to close the show.

They also have one of the best game planners in the league in Erik Spoelstra to try and put them in the best position to win.

The Heat have all the ingredients to make a run, whether or not they can pull it off is up to them.