With the 2019-20 NBA season quickly approaching, we're rolling out 30 Teams in 30 Days. Between now and opening night, we'll dedicate one day to each team in the league.

To begin, we're focusing on the Atlanta Hawks. 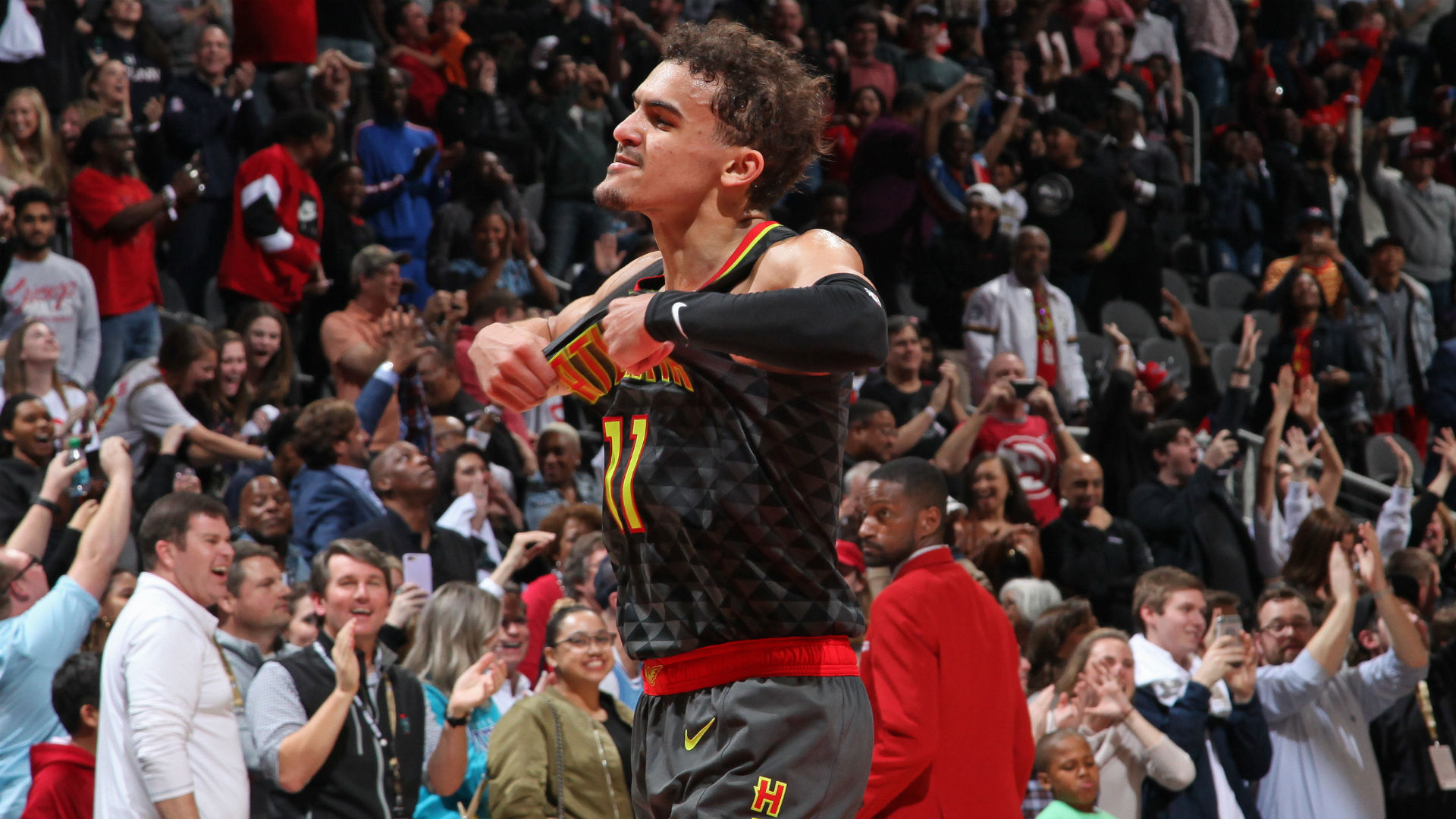 Trae Young, last year's No. 5 overall pick, looked like all the Hawks wanted him to be and then some in his rookie season. He finished runner up to Luka Doncic for Rookie of the Year by posting averages of 19.1 points, 8.1 assists and 3.7 rebounds on shooting splits of .418/.324/.829.

Even more impressive is that Young only got better as the season went on. After the All-Star Break, he posted averages of 24.7 points, 9.2 assists and 4.7 rebounds while improving the shooting splits to .442/.348/.878.

Where plenty of rookies might have hit the proverbial wall, Young continued to take his game to another level. Now, what's in store for Year 2?

With a year of experience under his belt and an offseason to continue to get stronger, Young can be expected to take a leap in his sophomore campaign. While the Hawks success doesn't fall squarely on his shoulders, Young's ability to spread the wealth among a talented team while putting pressure on defences with his scoring ability is what will allow the team to reach its full potential.

Young improving upon his 41.8% shooting and 3.8 turnovers per game (fourth in the league) is the key to the Hawks making the leap…more on that later.

This season, it's No. 4 overall pick De'Andre Hunter and No. 10 overall pick Cam Reddish that will be looked upon to come in and make an immediate impact in their rookie seasons.

Hunter, who is the presumed Day 1 starter at small forward, has the potential to be a scary-good two-way player. At Virginia, Hunter put his defensive dominance on display, earning NABC and ACC Defensive Player of the Year honours. He's a proven winner, scoring a game-high 27 points to lead Virginia to the first national title in school history.

In Reddish, Atlanta gets a big, 6-foot-8 wing that has displayed an elite ability to score in bunches. The efficiency wasn't necessarily there during his lone season at Duke, but his game looks to be much better suited for the NBA.

At times, we could see the Hawks pull out a lineup of Young-Huerter-Reddish-Hunter-Collins, which is scary to think about considering that the 21-year-old Collins is the oldest of the five.

If these rookies become what they're projected to be… the future is very bright in Atlanta.

Atlanta finished 12th in the Eastern Conference last season with a record of 29-53 - 12 games back of the eighth-place Detroit Pistons.

Collins, who has established himself as one of the league's best young big men by averaging 19.5 points and 9.8 rebounds per game last season, missed the first 15 games of the year while rehabbing an ankle injury.

While it wouldn't have won them all, it's fair to assume that Atlanta would have gotten out of the gates by doing much better than winning just 20% of its first 15 games. Who knows what a better start could have done for the team?

Injuries are a part of the game, but with the Hawks entering the season in a much better spot than last year health-wise, they can be the young up-and-comer that's a headache for more established teams and makes the leap into becoming a playoff contender.

If things go in their favour, the Hawks could find themselves playing in late April.

Last season, Atlanta took three of four games from Philadelphia, scoring over 120 points in each of its three wins, two of which were decided by two points. If last year is any indicator, the Sixers and Hawks could have more classics on the way.

Sacramento has propelled itself into postseason conversations by making savvy moves and drafting well. Sounds familiar, right? The Hawks might still be a step behind, but it'll be fun to catch an early-season meeting between them and a team that has done what they strive to do.

Luka Doncic. Trae Young. Traded for one another on draft night. Top two finalists for 2019 Rookie of the Year. The two will forever be linked throughout their careers.

Doncic and the Mavs host Young and the Hawks for the first of two meetings between the teams in early February.

Along with the Hawks, 2019 No. 1 overall pick Zion Williamson and the Pelicans are one of the teams that have the best young cores in the NBA. In what could very well be a Finals matchup in the next decade, we'll have to wait until mid-March to see some of the league's best young talent go at it.

Last year, the Hawks finished 12 games behind the Pistons for the East's final playoff spot. Can they remain within striking distance this year? Should Atlanta find itself in the playoff picture this late in the season, this home game against Blake Griffin and company could be a big one for its postseason hopes.